What It’s Like to be Homeless- a pastor’s experience 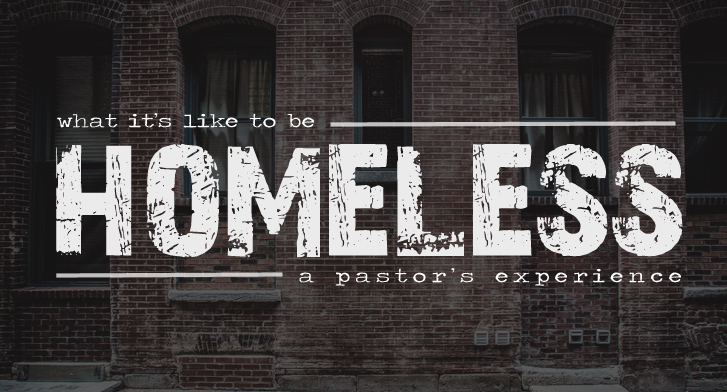 Mission 615, a ministry of the Tennessee Valley Conference of the IPHC, is committed to the homeless and inner city children of Nashville.

“In mid-2009 Pastor Eric Anderson founded what started off as a van ministry, going and ministering into the streets of Nashville. Four and a half years later Mission 615 has grown into a ministry that touches the lives of over 400 homeless and inner city children a week. Feeding, clothing, and ministering the Word of God, Mission 615 is active in four inner city neighborhoods and multiple sites around the city every week, with the vision of continuing to be consistent in the most challenged areas of the city.” (www.mission615.com) 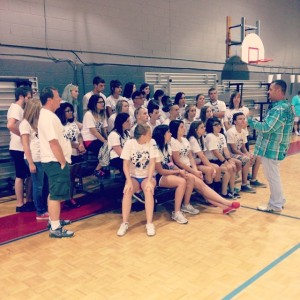 Summer 2014 Director of Youth Ministries Charles Boyd took a group of 40+ teenagers and leaders to Nashville, TN to work with Mission 615 in their efforts to reach the homeless of downtown Nashville. The team worked tirelessly to minister to anyone that they encountered, donating their time and resources to Mission 615 for the week.

Melanie Bell, youth pastor at Free Water Church, was a member of the Missions Trip team.

“It is hard to choose one event [as my favorite], there were so many.  It started with the service when we first got to Mission 615, with Bishop Manuel Pate.  He give a word that changed our hearts right off.  He spoke a word from God to one of our teens that moved her and transformed her, it was exactly what she needed to her from God.  She has now decided to go to Piedmont Bible College for Children’s ministry, and is now a teacher at one of our Sidewalk Sunday school locations.

[Bishop Pate] also blessed my heart with a word from God, that has encouraged me and we are already seeing those things come to pass.

Pastor Charles was a great blessing to all of us.  He took a group of youth and challenged them to go to another level with God.  He was used by God in so many ways.  My teens experienced one of the best missions trips they have ever been on…”

After the mission team’s return home, Mission 615 Director Eric Anderson received a letter from a local pastor. In the letter, Pastor Ronnie Jenkins described his church’s desire to minister to the homeless in Nashville. In an effort to truly understand what life is like for people living on the streets, Pastor Jenkins and his deacon board spent the weekend in downtown Nashville with only the clothes on their backs.

“The Lord had laid it upon my heart to be homeless in order to gain a full understanding of the challenges of homelessness. We hit the streets with zero money, zero communication, and zero anything other than the faith that God would provide for us.” 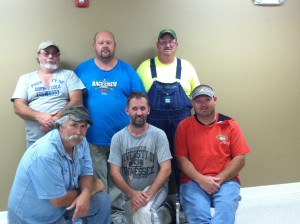 Pastor Jenkins with his deacon board

That weekend Pastor Jenkins and his board wandered the streets of Nashville, Tennessee, ministering to the men and women that they encountered, sleeping by the river, and sharing any food that they could find.

On Saturday, the men met a group of Missions 615 members that included the missions team from the IPHC. After getting a ride from one of the 615 busses, the team met Chastity, a Mission 615 team member.

“… [Chastity] then said “well the first thing I want you to know is Jesus loves you”. The second thing she said was “and I love you”. She said it with a smile. Said it assuredly, giving hope to people who had no hope.” 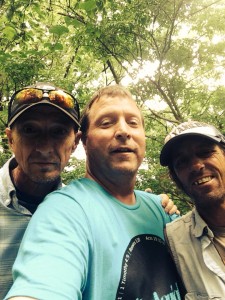 Pastor Jenkins, along with many others who had been picked up from the streets that day, were given food and clothing from Mission 615. Pastor Charles also spoke that day, giving encouragement and hope to the room.

“Saturday was the day that truly tied together all the work that we had done on the trip to that point.” mentioned Pastor Charles Boyd, “From literally going into the woods (tent city) to invite them to the service, to throwing the huge block party on Friday for the kids in a new community for Mission 615 to pick up. What an honor to bring the Word and watch our team truly be His hands and feet to those in need in Nashville!”

After their weekend on the streets of Nashville, Pastor Jenkins and his team went back to their church to share their story. “We were treated like true guests…right then and there I began to praise The Lord for Mission 615. To have the heart that [they] have, it’s for real…

Pastor Jenkins has since encouraged his entire church to volunteer with Mission 615, including plans for a volunteer night with their youth group in October.

If you would like to schedule a volunteer event with Mission 615, please click HERE. You can also donate to this vital ministry by clicking HERE.