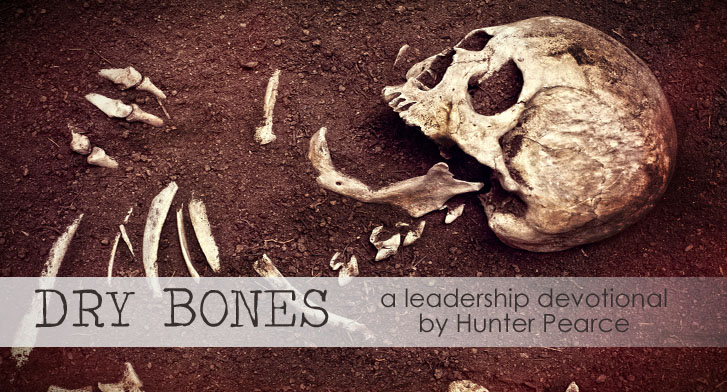 My wife Kristen and I have been in full-time youth ministry now for a whopping six months. It took us all of the first week to realize that we had no idea what we were doing. Even now, six months later, there still remain feelings of inadequacy and ignorance that are not always easy to shake off. We feel incompetent for such a high and important task. What I feel I’ve come to understand, however, is that whether you’re starting fresh in ministry or you’ve got years of experience under your belt, these feelings were never meant to completely go away. Jesus himself told us that “apart from [him we] can do nothing” (John 15:5). Somewhere along the way we have been deceived into thinking that whether a person will accept Christ or not is based on our own competence and ability. What it really comes down to, however, is our God’s competence to raise the dead to life.

This is a lesson that I believe God was teaching the prophet Ezekiel when he brought him to the valley of dry bones. “Son of Man, can these bones live?” asked the Lord. The prophet looked around at all the dry bones, the remains of those long dead. Ezekiel saw, like us, that he was incapable of bringing back those bones from the dead. “Sovereign Lord, you alone know,” was all he knew to say. The Lord then instructed the prophet to speak to the bones and to prophesy over them that they would live. Even as the words came out of Ezekiel’s mouth he heard a rattling sound all around him. The bones were coming and fitting together. Flesh and sinews were taking hold. Skin and organs were materializing. Before Ezekiel knew it, a living breathing army of God stood before him.

I find it interesting that the bones didn’t come to life as God was giving Ezekiel the words he was supposed to prophesy. It wasn’t until Ezekiel himself went and spoke the Words of God to the bones that they were brought to life. Even though it was ultimately the Word of God and the Spirit of God that raised them, it was through Ezekiel that those powerful words were spoken. Whenever you or I speak and share the Gospel we have an opportunity to do the same thing. By ourselves, like Ezekiel, there’s nothing we can do to fix the broken condition of death and sin in people’s lives. We’re not competent to do so, and that’s okay. We can’t, but God can. What we can do is to faithfully prepare and speak the Word of God to our listeners. They don’t need a super-talented, flashy, or “cool” speaker. They need to hear the grace and truth of God’s Word. As you enter this new season, don’t let your confidence rest in yourself. Be faithful to your part, but put your confidence and dependence on God for the results. The Word of God is not spoken in vain. It will achieve the desire and purpose for which God sends it (Isa. 55:11). We may not see the full results at first. We may hear but just a rattling of bones to begin with, but before we know it we’ll see the power of God as he raises the dead right in front of us. 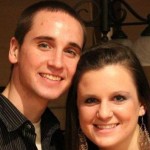 Hunter and Kristen Pearce are the Student Pastors of Stedman Pentecostal Holiness Church. Hunter graduated from Emmanuel College and interned at New Hope Church before moving to Stedman PHC.