The Yardstick- a devotional from Boy’s Ministries 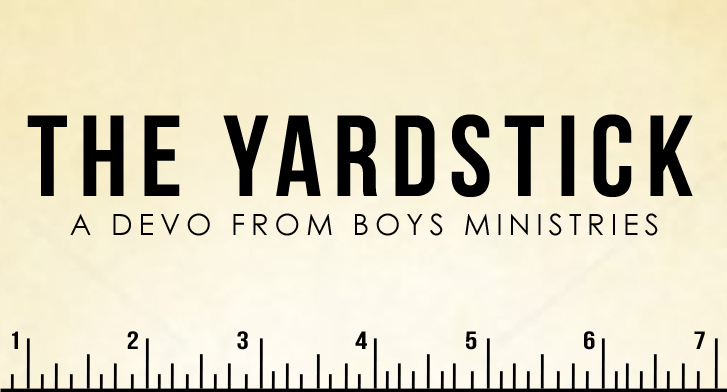 Years ago during a Royal Rangers devotional, my good friend, Greg Hearn, used a yardstick for an illustrated message on Kingdom Values. It has been so long ago that I cannot remember the year, but the truth of that illustration has stayed with me over the years. Greg held up a yardstick and showed the boys that on one side the numbers were left to right and numbered 1 to 36. However, when you flip the yardstick over, without changing the ends from one hand to the other, the numbers are now upside down and in reverse order from 36 to 1.

Greg went on to tell the boys that this is an illustration of how God’s values and the world’s values are opposite of each other. The world does not value the same things that God does. What man calls success is not the same as what God considers success.

Edwin Lois Cole said it this way, “Don’t allow someone else to either create an image of failure or destroy an image of success.” God has the final say and He has the correct way to measure!

Remember to value the things that God values most!