Lent: What is it and why should I take part? 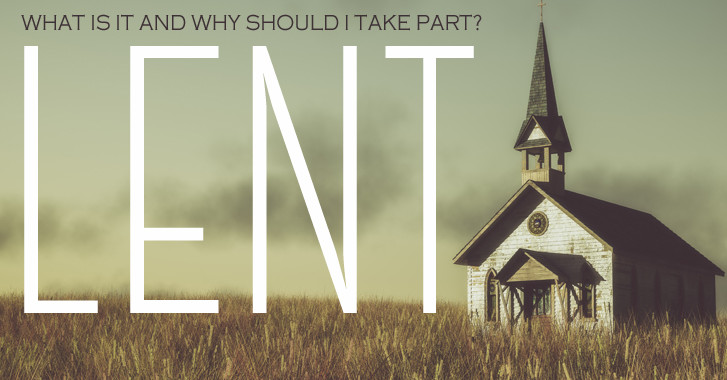 Mardi Gras. Ash Wednesday. These are days that you are probably familiar with, but did you know that they are all a part of a tradition called Lent?

Lent is celebrated during the forty days (excluding Sundays) before Easter. It is a time set aside to prepare for the Easter holiday and to reflect on Jesus Christ- his suffering and his sacrifice for mankind. For 2015, Lent begins on February 17 and will officially end on the Thursday before Easter which is traditionally called Maundy Thursday, or Holy Thursday, April 2nd. Typically Lent is practiced by giving up something that you enjoy, usually food, for the forty days to encourage you to focus on Christ.

Traditionally, the Church would prepare for Lent by celebrating Mardi Gras, which means “Fat Tuesday” in French. Unlike the modern day celebrations of Mardi Gras, this was not a time for drunken revelries but a day that Christians would prepare for the time of fasting by getting rid of all the food items in their homes that were not allowed during Lent: specifically sugars and meats. Each household would use up all of the items which were not allowed during Lent on Fat Tuesday so as not to be wasteful. Consequently this created a rather large feast in each home, which is how Mardi Gras got its name.

The day after Mardi Gras is Ash Wednesday and is considered the official first day of Lent.  According to The Upper Room,

“Ash Wednesday, the day after Mardi Gras, usually begins with a service where we recognize our mortality, repent of our sins, and return to our loving God. We recognize life as a precious gift from God, and return our lives towards Jesus Christ… In an Ash Wednesday service, usually a minister or priest marks the sign of the cross on a person’s forehead with ashes.”

The ashes represent the verse in Genesis which says, “for dust you are and to dust you will return.” This is to remind us all that we will eventually die and be accountable for the sins that we committed while on Earth. The ashes are typically brushed onto the forehead in the shape of a cross, to remind us of Jesus and the great price He paid for us by dying on the cross. By accepting this gift and asking for forgiveness of our sins, we are made sons and daughters of God and accepted into His loving family, with all of our sins washed clean.

During the 40 days of Lent, Christians are encouraged to abstain from something of importance to them, usually food, to represent the 40 days in which Jesus himself fasted and prayed in the wilderness.  In the 2015 Message for Lent, Pope Francis says that “Lent is a time of renewal for the whole Church, for each communit[y] and every believer”.  The days of Lent are to be used as a time to turn away from earthly comforts and to renew our hearts to our loving Father. By giving up something that normally takes up a lot of our time or thoughts and giving that time to God, we give ourselves the opportunity to become aware of any parts of our lives that do not please God and to refocus on what is important: our relationship with Christ! The NY Times says it well: “Lent can help us see where our wants have become distorted into needs.”

If you have not ever taken part in Lent before, we encourage you to consider it this year! While many Christians fast during Lent that is not always an option for some due to health concerns. Below is a list of alternatives that you can “fast” during this season:

Try giving up your favorite fast food that you eat a lot. Grab a quick pb&j and spend the time reading.

Take the 30 minutes you would usually spend sleeping in to pray or spend extra time in your Bible. Use this time to ask God specifically what He would have you learn from Lent.

Similar to the snooze button, many women will give up their morning makeup routines in favor of more time spent praying or reading their Bibles.

Rather than using Lent as a kick start to your diet, trying taking the money you would have normally spent on coffee or coke and give it away. Ask God to show you a ministry that you could give to, either in your local church or a national ministry.

You would be surprised to see how much time you spent on the internet if you were abstaining from it for a period. Again, don’t just give something up; spend that time in prayer and devotion instead.

Once again, a real time waster can be exchanged for time spent praying. If you’re an avid theater-goer, try saving the money like your caffeine addicted friends and giving it away at the end of Lent.