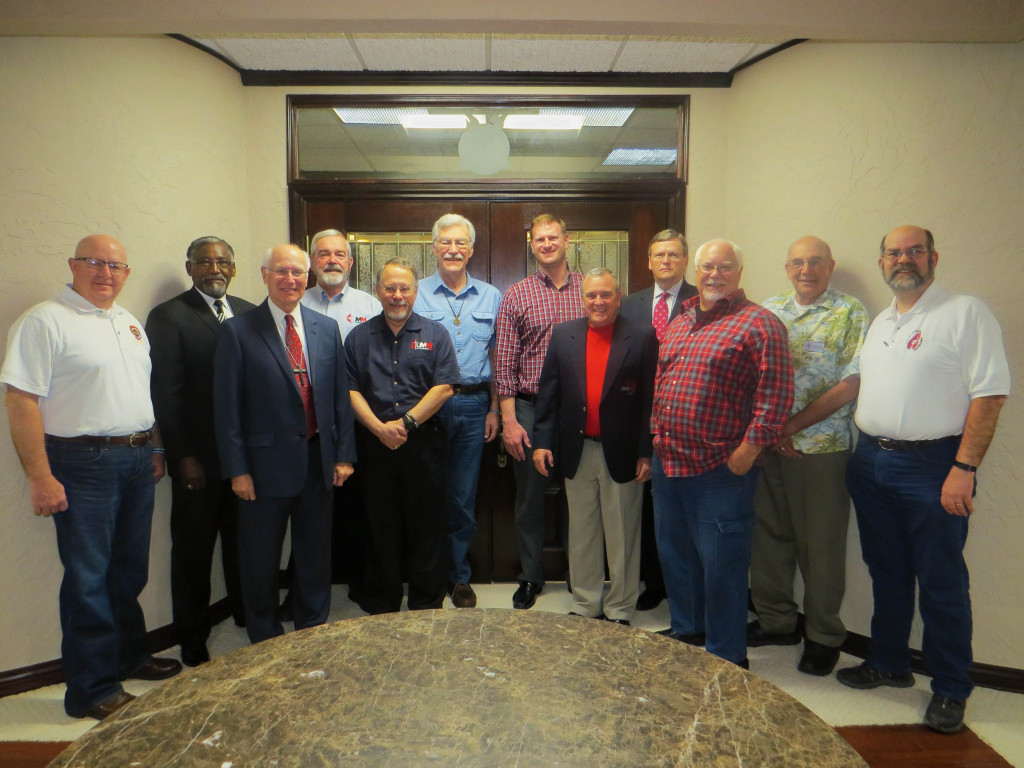 On March 24-26, 2015 the IPHC Men’s Ministries hosted the annual Denominational Men’s Ministries Leadership at the corporate offices of IPHC Ministries. This annual gathering of leadership is given to building relationships, networking, and training, along with the sharing of ideas and resources. Jim Boesch facilitated a six-hour teaching on servant leadership utilizing Lead Like Jesus (https://leadlikejesus.com/) by Ken Blanchard. It was a great time of fellowship and exploration. Rev. Bill Terry, director of Men’s Ministries was honored to host the following co-laborers: