KID MIN- Whose Job is it? 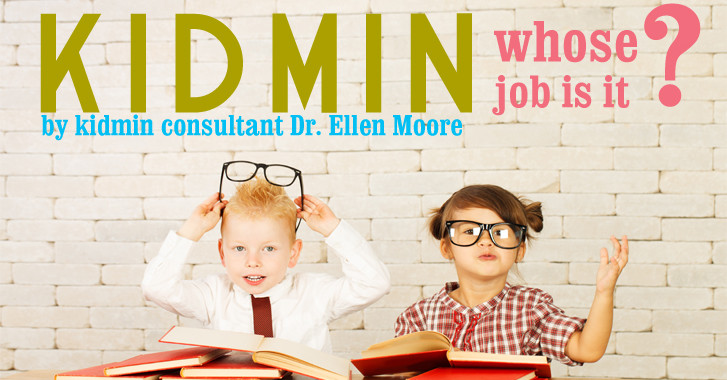 “My people, listen to my teaching.
Pay attention to what I say.
I will open my mouth and tell a story.
I will speak about things that were hidden.
They happened a long time ago.
We have heard about them and we know them.
Our people who lived before us have told us about them.
We won’t hide them from our children.
We will tell them to those who live after us.
We will tell them what the Lord has done that is worthy of praise.
We will talk about His power and the wonderful things He has done…
He commanded our people who lived before us
to teach His laws to their children.
Then those born later would know His laws.
Even their children yet to come would know them.
And they in turn would tell their children.
Then they would put their trust in God.
They would not forget what He had done.
They would obey His commands.” (NIRV)

This passage, Psalm 78:1-7, is one of my all time favrite passages about children’s ministry. Our grand purpose as parents and those who minister to kids is to “tell them what the Lord has done…talk about His power and the wonderful things He has done;” not just for the sake of passing down history or knowledge, but so “they would put their trust in God, not forget what He has done, and obey His commands.” That’s a pretty lofty goal, but so essential for us to pursue. But, whose job is it? The Church’s? Parents’? I believe the answer is both.

It is clear from Deut. 4 and 6 that ultimately parents are responsible for the spiritual development of their children. And that totally makes sense…parents are with their kids over 100 hours per week, schools get 35-40 hours, and the church gets a whopping 1-3 hours per week! So clearly, the bulk of the job lies with parents and family. We also know, though, that God has created us to be part of something larger than ourselves, a body with a variety of gifts, talents, attributes, and uses. It is to that Body we belong, both to give to and receive from.

George Barna, in his book Transforming Children Into Spiritual Champions, says, “In situations where children became mature Christians we usually found a symbiotic partnership between their parents and their church. The church encouraged parents to prioritize the spiritual development of their children and worked hard to equip them for that challenge. Parents, for their part, raised their children in the context of a faith-based community that provided security, belonging, spiritual and moral education, and accountability. Neither the parents nor the church could have done it alone.”

Parents, it’s a big job we have, of utmost importance with eternal consequences… let’s not let it slip by without our best intentional effort. Those involved in a church’s children’s ministry, we have a role to play, one with great potential for influence and encouragement…let’s go at it with intentional excellence. And by all means, let’s not do it alone! 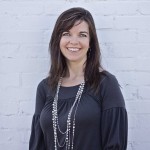 Dr. Ellen (Eby) Moore serves as the Consultant for IPHC CHildren’s Ministries, as well as the Children’s Pastor at The Ark Church, in Conroe, Texas.  An Oklahoma native with a rich IPHC heritage, Ellen earned her doctorate in Educational Leadership from Oral Roberts University after receiving her undergraduate and masters degrees in Education from Central State University (now the University of Central Oklahoma).  After years in public and private education she now enjoys serving kids, parents, and volunteers in her local church by creating environments where kids are connected to Jesus and encouraged and equipped to follow and serve Jesus for the rest of their lives.  Ellen is convinced that God has incredible plans for every child’s life right now, not just for when they grow up, and they are changing the world.  Ellen has been happily married to her childhood sweetheart, Phillip, for over 25 years, and they’re about to enjoy the “empty nest” as both of their children, Joshua and Meagan, will soon be in college.  When she has free time, you’ll usually find her in the kitchen.