Have you even taken the time to wonder what the call of Matthew was like? Scripture states, “As Jesus was walking along, he saw a man named Matthew sitting at his tax collector’s booth. ‘Follow me and be my disciple’ Jesus said to him. So Matthew got up and followed him” (Matthew 9:9 NLT). Here was Matthew, giving a first-hand account of how he was called. However, this account of discipleship appears to be missing something. Where are the details?

Think with me for a moment… Was Matthew married? Did he have children? There is no doubt that his profession was important to him for survival and security. What did his neighbors think about him? How was his family treated? What about his employer? As a tax-collector, he had to report to Roman officials at some point, did he not? Did he just walk away without giving some notice? Were there any negative repercussions? What did his leaving reveal about his character and integrity; leaving his post unattended? Or had the strain of working for the Romans finally so caught up to him that the simple call of the Master easily drew him away?

From what we read in the New Testament, Matthew was a faithful follower of Christ. Tradition tell us that Matthew was so committed to the Gospel that he gave his life as a martyr in Ethiopia. The above passage from Matthew reveals more details about his discipleship than what seems apparent. A closer look reveals two important requirements for becoming a disciple. According to Pastor Rick Warren, “Discipleship is the process of becoming like Christ, and it always begins with a decision.” In Matthew’s situation, not only do we see him being decisive, he was also obedient in answering the call of Christ to “follow me.”

For those who have a heart for discipleship, pay close attention to the protocol Christ employed when He invited followers to be a disciple. The details regarding discipleship would come later. The first steps, making a decision and obedience were paramount. Why would Jesus spend three years, pouring all that He had into the lives of his disciples, if they were not serious about their calling?

With the various facets of discipleship ministries, it is easy to become completely absorbed with the details. We cast vision, promote ministry, resource and train individuals, and feel as if we have done a good job when the event is over. However, are we truly “making disciples?” Dietrich Bonhoeffer, a professor, pastor, spy, and martyr during the rise of the Third Reich in Germany, believed that unless one followed Christ in a serious fashion, it was to cheapen the grace of God. Bonhoeffer said, “Christianity without discipleship, is always Christianity without Christ.” Discipleship is about raising up Christ followers who accept the call to intentionally make disciples.

Discipleship was the method Jesus used of winning the world to Himself. His method was simple; find 12 men and pour your entire life into them. And among this small group was a man by the name of Matthew. Matthew would become a disciple, an apostle, and a Gospel writer. His gospel would become known as a “Manual for Discipleship.” Not only are the closing words of his gospel interesting, but truly powerful. “And Jesus came and spoke to them, saying, ‘All authority has been given to Me in heaven and on earth. Go therefore and make disciples of all the nations, baptizing them in the name of the Father and of the Son and of the Holy Spirit, teaching them to observe all things that I have commanded you; and lo, I am with you always, even to the end of the age.’” (Matthew 28:18-20)

Details and Discipleship! Matthew is very clear with his instructions. I love his simplistic approach.

The mandate is clear. Let us go and “make disciples.” 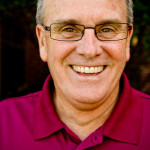