The Century of Women

In a speech at the Women and Girls Rising Conference in New York, Deputy-Secretary General of the United Nations, Jan Eliasson, stated,

The phrase “Century of Women” has since become a popular moniker for the 21st Century. Coupled with the IPHC stance on women in leadership (read it here), it is undeniable that we are on the cusp of a major opportunity.

But I find myself asking, “so what now?” We can all agree that women are being given more and more opportunities in our society to stand up and be the leaders that they were called to be. But while we as a denomination have made great strides, the Church as a whole is still sadly behind the curve in this call for equal leadership.

In a recent study from Gordon College it was noted, “both men and women agree that women should lead in the workplace and broader society, but the opinions become more mixed when it comes to the church and home”. 2 According to the Women in Leadership National Study, Women make up only 19% of paid positions within Evangelical organizations, and 16% of CEO positions. 3

There is a definite lack of female leadership within the Church, and yet, ironically, congregations are predominately female. US congregations are typically 61% female 4, while in countries such as China and Japan the percentages are closer to 80 or 90%. 5 While this statistic proves the dire need for a focus in church marketing for men, it also shows us a very interesting opportunity for women. As Carolyn Custis James says in her book Half the Church, “ …maybe these high percentages of women should make us wonder what God is doing, for He often forges significant inroads for the gospel by beginning with women.’

So how do we see true progress? How do we see women take their rightful place as leaders within the church, to truly see a “Century of Women?” I firmly believe that our best chance for success lies in the intentional inclusion and systematic sponsorship of women leaders.

We must be active in initiating the encouragement of women in their leadership capabilities. We must seek out women who are qualified and called to be leaders in our ministries and on our boards. This process will be a slow osmosis of change; as we place a value on women and encourage their abilities and gifts, women will slowly begin to realize their potential, and step into their rightful roles.

After all, this is not just about gender equality. This is about placing leaders in strategic positions to allow the Church to function at her best.   In the Women in Leadership National Study, the researchers found that “organizations are more successful when they have a greater diversity in their leadership.” 6 This success is not an accident; this is how God meant it to be! When both of His image bearers work side by side, encouraging and uplifting each other in their gifts and abilities, then the Church will run like a well-oiled machine, leaning on one where the other may be less experienced. Looking to one perspective when the other may not be fully comprehensive. As in 1 Corinthians,

If we truly desire, as I believe that we do, to see a world “where women and girls growingly live free from discrimination, violence, fear, ignorance and want,” where Christians work together as one body, then the Church, the whole Church, must take her place at the forefront of the equality movement. We must seek out and utilize every tool that our Heavenly Father has given us, each equally valuable in the body of Christ. 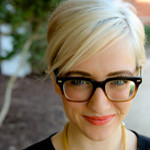 Kaleigh is a graduate of Southwestern Christian University and a born-and-bred Oklahoman. Since 2011 Kaleigh has worked in the Discipleship Ministries Department of the IPHC, specifically in Student Ministries. Her areas of expertise include graphic design, social media marketing, writing, promotional design, typography, and event planning. Kaleigh currently occupies the Logistics and Communications Portfolio under the Student Ministries Advisory Team.