William S. Wellons, Sr., known as Bill to his friends, served as the Executive Director of IPHC Men’s Ministries in its genesis, serving from 1982 – 1989.  Bill Wellons chronicles the early years of Men’s Ministries in his biography, When God Is First. Bill’s pastor, John Hedgepeth, said, “If there is one word that best characterizes Bill, it is determination.”1

Bishop Leon Stewart said, “In 1981, I was elected general superintendent of the Pentecostal Holiness Church.  I thought the church needed the men organized to assist pastors in local churches.  Billy Wellons was my choice to get the men of our church organized.  He was the right person for several reasons.  First, he has an innovative mind and that was necessary to challenge our local men to be involved in broader ministry.  Second, he was willing to freely give of his time, energy, talent, and money to a ministry that he believed in strongly.  Third, he has a deep love for God and his church.  Fourth, I trusted him to get the job done.”2

Now present with the Lord, having joined the church triumphant in heaven, Men’s Ministries honors his life and legacy in the establishment of the William S. “Bill” Wellons, Sr. Lifetime Achievement Award to be presented to leaders of men who have demonstrated a lifetime of service in the discipleship of men.

This prestigious award was presented for the first time at the Bridging Our Ministries Discipleship Conference for Men and Boys in Myrtle Beach, SC, on Saturday, January 26, 2019, during the Directors’ Banquet in the Dunes Ball Room of the Hilton Resort.  It was an honor indeed for Men’s Ministries Director, W. A. Mills, to recognize Jack T. Kelley, Sr., Lt. Col, Army (RET) as the first recipient of the William S. “Bill” Wellons, Sr. Lifetime Achievement Award.

Jack was born in Orlando, Florida, July 8, 1937. As a member of the Boy Scouts of America, he was awarded the Eagle Scout badge. He graduated from The Citadel in 1959 and was commissioned as a 2d Lieutenant of Infantry in the United States Army. In December, 1979, he retired from the United States Army as a Lieutenant Colonel after 20 years of service. He commanded parachute infantry units at platoon, company, and battalion levels, where his last two assignments were as a Battalion Commander in the 82nd Airborne Division and finally, as Deputy Commander, 5th Special Forces (“Green Berets”).

He has also earned Master’s Degrees from both American University and Central Michigan, served as a Certified Financial Planner (CFP), and as an Adjunct Professor at both Webster University and Campbell University.

Jack served as the executive director of Men’s Ministries of the Pentecostal Holiness Church (IPHC) from 1985 to 2005. In 2006, he was awarded the Lifetime Achievement Award from the National Coalition of Men’s Ministries (NCMM), a network of denominational and parachurch ministries which represents more than half of the churches in the United States. Jack was also awarded the Commander Bill Linn Award from the Royal Rangers Ministry (IPHC) for shaping the lives of boys. He served as the vice president/director of Development for Holmes Bible College from April 2007 to December 31, 2008.  He and his wife, Lynn, are members of the Northwood Temple Church, where he served on the church staff from 1981 to 1985 as an associate pastor.3 In 2018, Jack authored a book entitled Bonded in Battle, which chronicles one day in the Vietnam War that forever changed the hearts of men who were there Bonded In Battle is available on Amazon.com.4

Although Jack has been retired for a number of years now, he has never lost his passion and zeal for the discipleship of men.  Those who have been privileged to serve under his leadership can still hear his indelible words ringing in their ears, “Say this, ‘I want to be a man of God’ . . . ‘I got your six’ . . . ‘You’re the best.’”  At age 81, Jack T. Kelley continues to be a mentor in the lives of many men across the IPHC.  Most importantly, his words are reinforced by a life fully devoted to Jesus Christ.  Jack’s son, Shawn Kelley, was on hand to witness this honor bestowed upon his father, an honor most deserving of a true man of God. 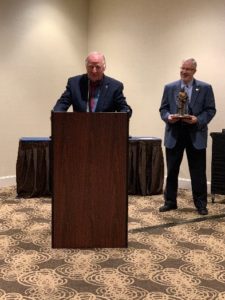 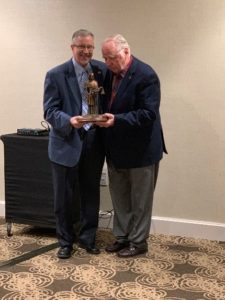 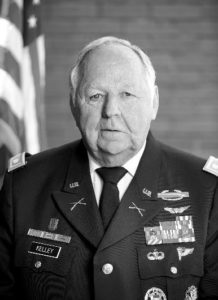 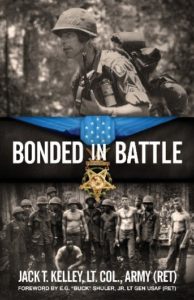