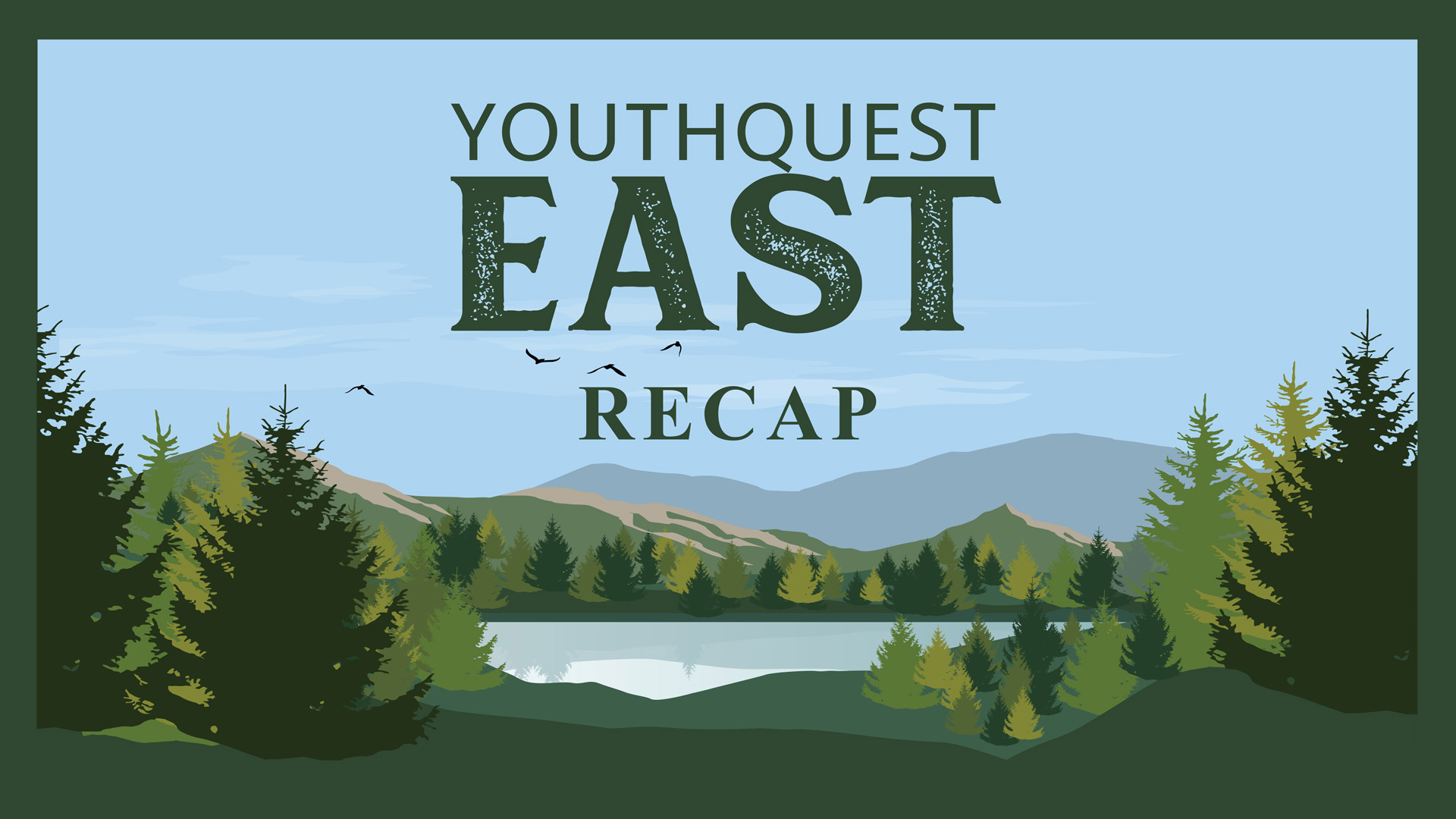 I think the moment at YouthQuest EAST that stands most prominently in my mind happened Saturday morning.

Bishop Tommy McGhee, Executive Director of Discipleship Ministries, delivered the morning message. His text came from Judges 6. He spoke about how Gideon, the last and least likely option from an entire nation, was called to deliver his people from the hand of the Philistines. Bishop McGhee noted how Gideon received a declaration from God about his identity—he shared about Gideon’s hesitation to agree with God’s declaration and how God’s calling required activation. It was a powerful message about how God can use those of us who feel unworthy and unqualified to accomplish the unimaginable.

His call to response was simple; for those students who already felt a definite call to ministry (pastoral, worship, student and children, missions) he asked them to move to the left of the auditorium and stand. Of the more than 200 registered student-attendees, almost a third promptly stood up and made their way to the front. Once the crowd had moved, he offered a second response for those who genuinely desired to hear the voice of God and receive His direction for their lives. In that moment, what seemed to be the rest of the audience, apart from youth leaders, immediately stood up and made their way to the other side of the auditorium. As he gave both sets of students a charge to respond to God’s call and activate His giftings, the worship team softly sang the lyrics, “I am available,” and the chorus of voices from those students filled the auditorium.

It was a powerful moment of consecration—and a bold reminder that God, “who works in [us] to will and to act in order to fulfill his good purpose,” certainly orchestrated YouthQuest EAST.

We saw that reminder over and again many times through the services, the speakers, the daily activities, and the students. Our speakers for the weekend services included Ashlee Hafner, from the Georgia base of The Awakening, Bishop Tommy McGhee, as well as the Student Ministries Team—Meredith Light, Josh Kestner, and Stephen Jones. The worship team was an outstanding combination of young musicians and vocalists from both Southwestern Christian University and Emmanuel College. They were powerful ministers who led us into the presence of God.

YouthQuest EAST, which became affectionately known as “YouthQUEAST,” may have looked more like a youth camp at first glance, but it was also comprised of students from all over the Southeast. We did all the fun activities normally available at the Cornerstone Conference campgrounds—the zipline, the giant swing, and of course we played in the lake—while also hanging out and meeting people from other churches and conferences. If you wanna catch a glimpse of what the events looked like through the lens of our photographers,  check out this link.

At least one group leader noted this was the first major event his group had attended since the onset of the pandemic, and his students were excited to finally see their extended IPHC family. It was heard around campus that YouthQuest (both WEST and EAST) was the best combination of the intimacy of a Conference youth camp, and all the excitement of a National YouthQuest. We took that as a compliment!

We also took the opportunity (at both WEST and EAST events) to reboot our National Fine Arts program. With so many churches and youth groups finally reopening to almost-normal operation, we challenged the students to reengage in the ministry of their local church, and to leverage their gifts to see the Kingdom of God expanded in their community. We are excited to announce some major changes coming to the National Fine Arts program, and we hope our churches can catch the vision of training these young leaders, encouraging them to pick up the baton for this generation.

In short, YouthQuest West and East reunited students and student-leaders from all over our denomination under the banner of worshipping Jesus and engaging in His mission. We can’t wait to hear all the good reports of how God moves in our churches as a result of YouthQuest! May His Kingdom come!

If you would like to check out some pictures from this past weekend, CLICK HERE or the link below: