Unity: As Simple as Light

Foreword by W. A. Mills:  Unity is one of the seven promises of a Promise Keeper.  An authentic man of God is committed to reaching beyond any racial and denominational barriers to demonstrate the power of biblical unity.  As has often been said, “In essentials unity, in non-essentials liberty, in all things, charity and love.”  What exactly constitutes the essentials?  Pastor Ronnie Barnes answers that question in the following reflection.  Continue reading for more insight.

A while back, I worked for two weeks on a sermon concerning unity. I thought I had finished once I got to a particular place, but the message was far from complete. It happens sometimes! Preaching a sermon – one of the most publicly noted works of a pastor – is not always a simple matter. I indeed take it very seriously. I always have.

When I first began to train in matters of Bible and Theology at Holmes Bible College, I became convinced by the Holy Spirit of an interesting truth that would frame my training and practice indefinitely.  That truth is: “Anything can be preached; what should be preached?”.  Dealing with matters of truth and conscience, and hearing from God across congregational situations, local happenings, and national/global events, reconciling one with the other to make a sensible and helpful set of insights, solutions, and appropriate exhortations to personal behavior. None of it is child’s play, not one portion of it.

Riding on my previous statement, I guess it could be said that anyone could probably preach, but likely, not everyone should. The reason for this is the good and lofty goal of preaching: namely, unity and the desirable kind is not one according to the world, but according to God. The preacher seeks to bring unity between God’s Word and the hearts of God’s people through the medium of preaching.

Charles Spurgeon is credited with a particular quote (whose attribution is apparently dubious), noting the polarity of preachers behind the pulpit: “A time will come when instead of shepherds feeding the sheep, the church will have clowns entertaining the goats.” There are undoubtedly many entertaining preachers out there, and not all of them are “clowns,” but some certainly must be. The most offensive preaching before God must be the kind based on worldly enlightenment rather than the illumination that comes through fellowship with God through His Word and the Holy Spirit. Such worldly preaching may even have a moral tone, but it demands very little courage from the preacher, as he is well-aware that the world and all its power are on his side. It also requires very little from the hearer, as it is affirmative primarily of their current lifestyle and way of operating. Such worldly preaching is not without negative consequences. The light of God’s Word is contained rather than proclaimed when preachers fail to divide the scriptures rightly.  Consequently, darkness (or at the very least dimness) spreads in its place. Regardless of the content of the message, as it lacks the light of God’s Word, it will only ultimately bring darkness and division within the church and the individual.

The world we find ourselves in is getting dimmer and bad stuff is growing in darkening corners.  Biblical, Holy-Spirit-inspired preaching is supposed to act as a preserving agent — light to stave off the darkness.  And so, the king of exhortations in this hour would be to “...walk in the Light as He Himself is in the Light...” — 1st John 1:7 NASB

Unity cannot be founded upon anything other than the person of Jesus Christ.

The result of such personal resolve to act on this command will be a mutually promising future for the church at large. In the next part of the verse I just quoted, John continues, explaining what the more significant result will be of such walking in the light: “we [will] have fellowship with one another, and the blood of Jesus His Son cleanses us from all sin.”

Unity is not as complicated as people like to make it, according to God. If we walk in the light of God, unity will happen. Maybe it isn’t an immediate unity on a larger scale, but according to this passage we’ve looked at, it seems to be the one that God is more concerned with, and maybe that is what we should be concerned with also. 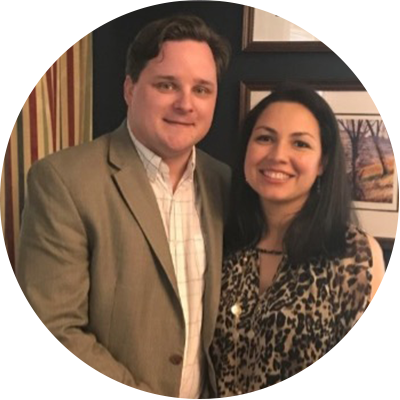 Ronnie Barnes is a member of the General Men’s Ministries Board. A graduate of both Holmes Bible College and Advantage College, Ronnie serves as the senior pastor of the Laurens Pentecostal Holiness Church in Spirit Life Ministries of the IPHC. He also teaches Spanish at Laurens Academy and enjoys developing his various creative pursuits, including writing poetry. He and his wife Estrella make their home in Laurens, SC with their two children, Josiah and Claire.”