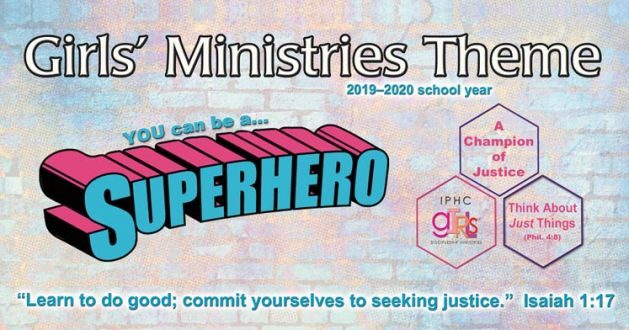 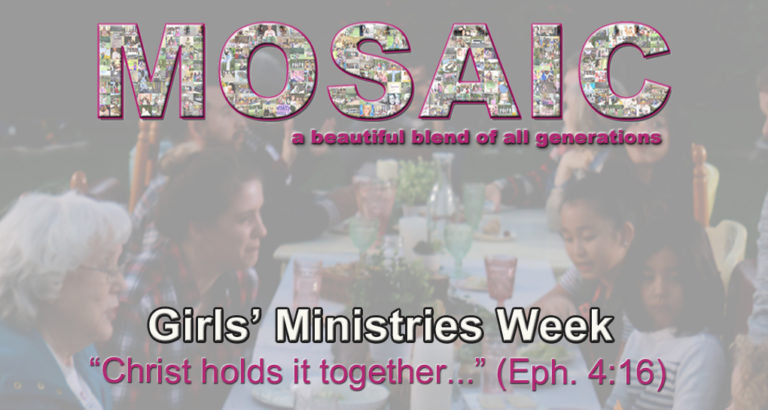 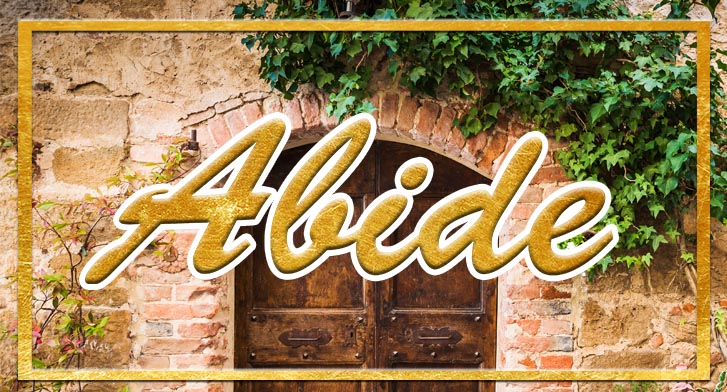 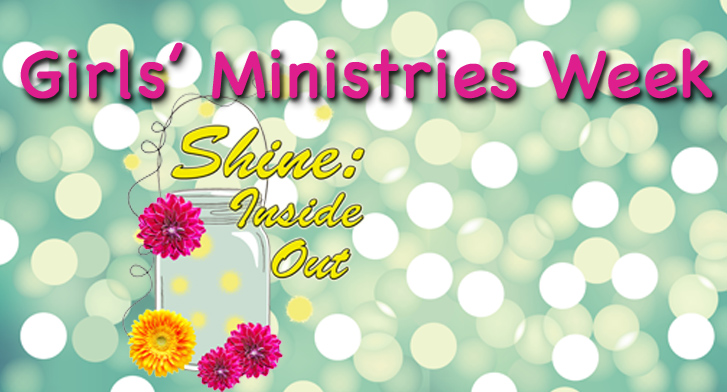 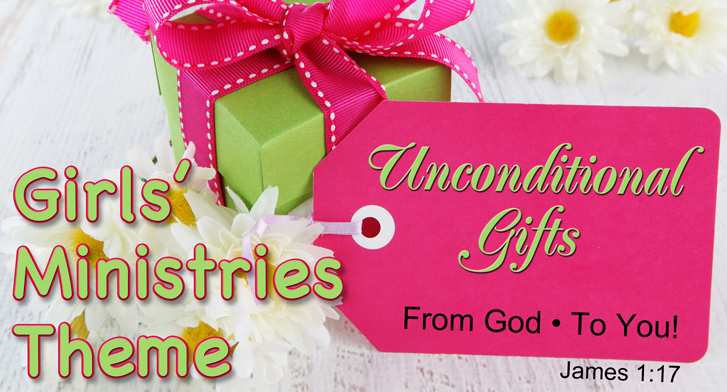 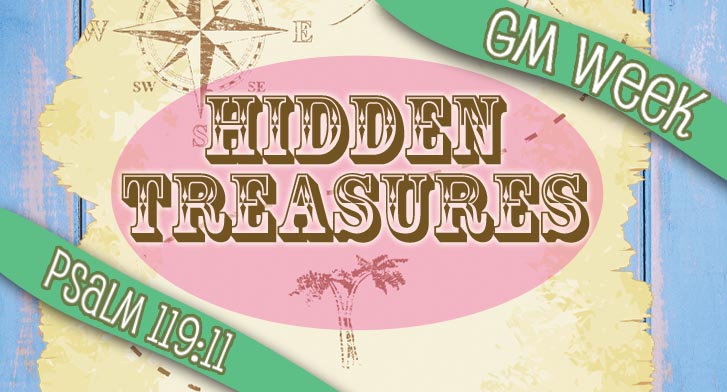 The memory verse for the unit is featured on one side with colorful artwork; a blessing to speak over the girls during those six weeks is on the back. Instructions are included in the Blessing Pack. The success of the blessing pack depends on both the leaders and parents working together. As the club leader, you must take the time to copy the pages for each student (card stock is best) and hold them in a safe place as you move through the units. If you cut them ahead of time (which we recommend), a small envelope for each girl is sufficient. We have printed them in alphabetical order so that you can find each unit quickly. Then simply send the corresponding blessing card home when you start a new unit. Don’t assume, however, that your parents will feel comfortable using the blessing cards immediately. Consider having a parent meeting to present the concept and go over the page that explains it to them. Speaking blessings will create sweet memories that will impact girls’ lives. “Pleasant words are as a honeycomb, sweet to the soul, and health to the bones” (Proverbs 16:24). Everybody loves a honeycomb! 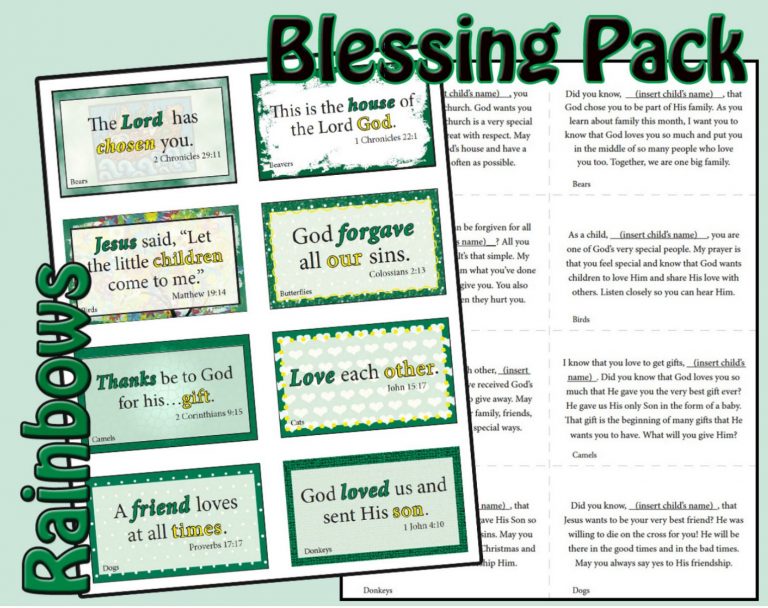 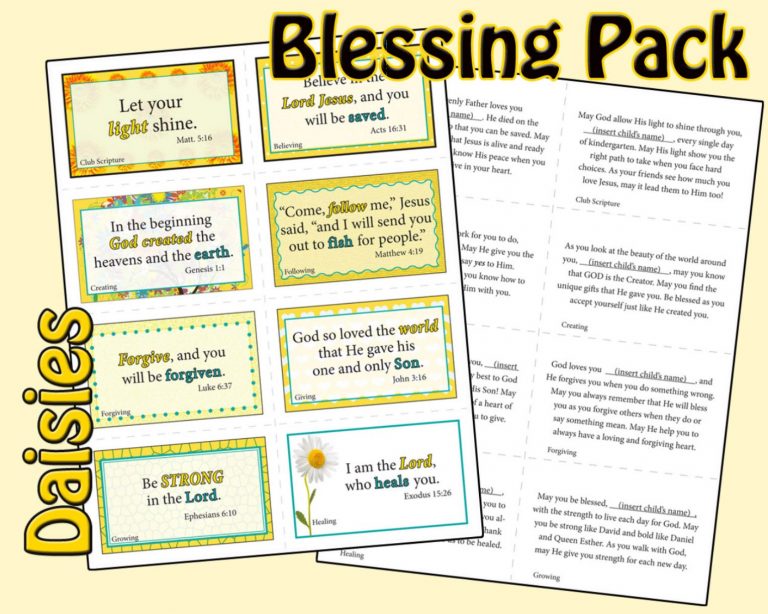 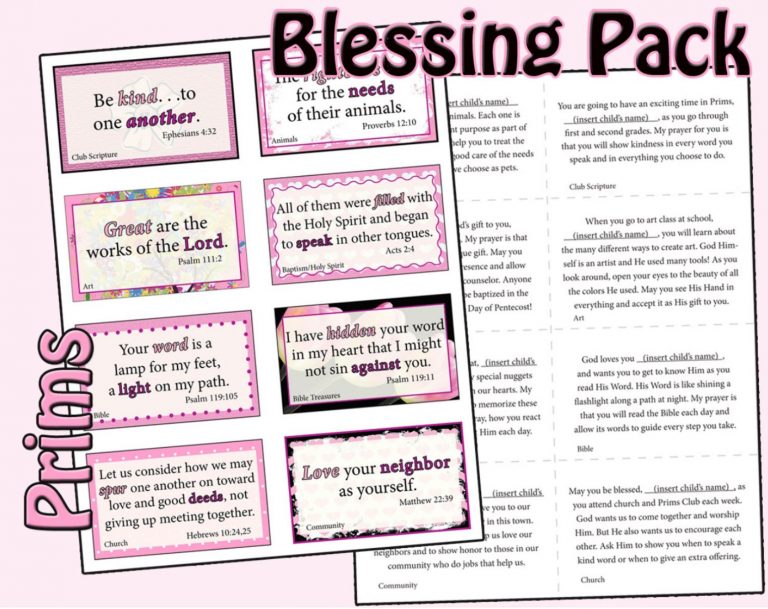 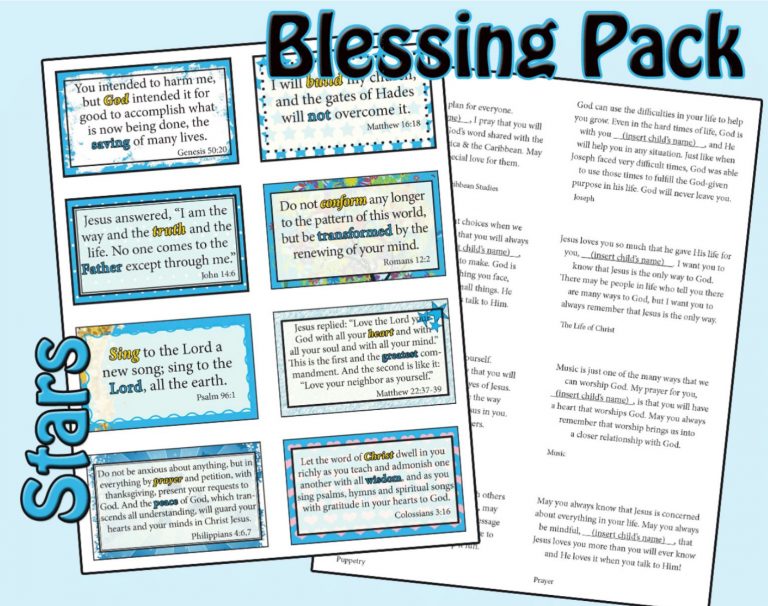 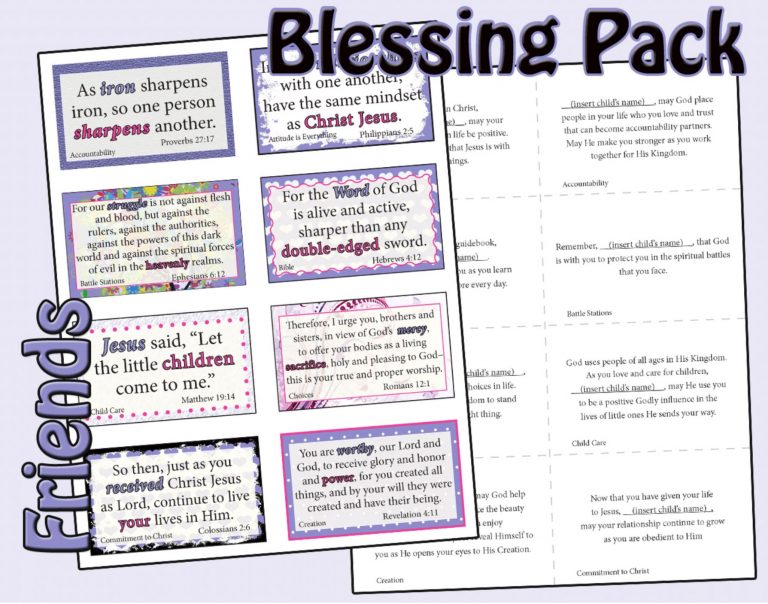 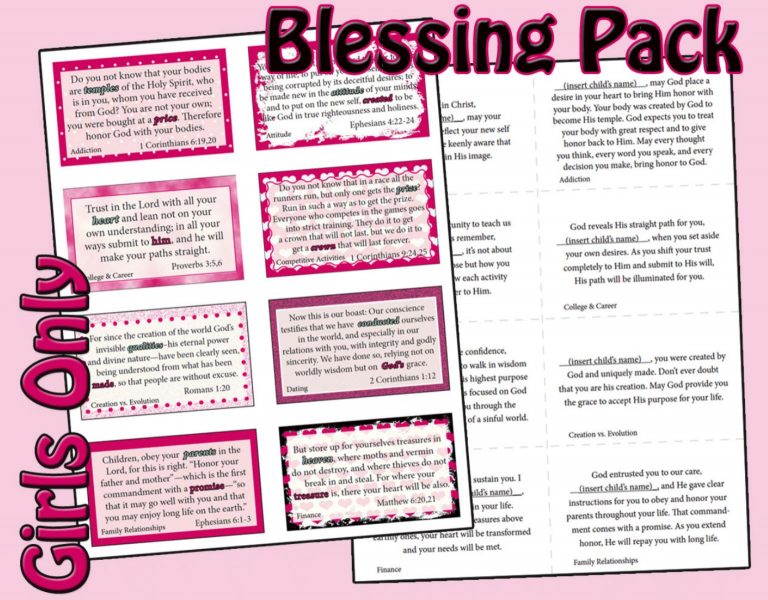 Dictionary.com defines a social butterfly as a very sociable person who flits from one social event to another. It is obviously likened to a butterfly fluttering from one flower to the next. That term has often been applied to girls who like to socialize and be with their friends all the time. With the emergence of social networking, the term social butterfly takes on a whole new picture. As Girls' Ministries leaders and parents, we must recognize that the media-saturated world in which they live puts them on the endangered species list. Without question, Girls' Ministries must step up to the plate and address the issues at hand. There is a need for education and intervention regarding the overall safety issue for both young and adolescent girls with regard to social networking and its entangled network of traps. As author Vicki Courtney says in Logged On and Tuned Out, "We are so attentive in the early years to giving them the 'don't talk to strangers' pep talk, but then we allow them to hang out with more than 990 million people who have access to the internet!"

For the most part, this generation of girls in the United States has grown up with the electronic media at their fingertips. The internet, cell phones, television, music, and video games are generally only a click away. The dangers are real; the statistics are staggering! To save this endangered species of girls, we recommend four basic steps:

Ephesians 6:13 is our call to action: "Be prepared. You're up against far more than you can handle on your own. Take all the help you can get, every weapon God has issued...Keep your eyes open..." (MSG). As parents and leaders join us in accepting responsibility and praying for guidance, IPHC Girls' Ministries has developed a plan to motivate and educate girls, parents, and leaders on how to work together to save this endangered species of girls. The items in the list below are what we have developed to date beginning with the overall action plan mentioned above. As new items are developed, they too can be downloaded from this page.

IPHC Girls' Ministries Action Steps: a synopsis of the overall plan for developing this call to action.

Family Table Talk: While it might have seemed like a marketing ploy for Eckrich®, a product of ConAgra Foods, a study back in 2003 revealed that 40% of families ate dinner together only three or fewer times each week. And 10% of them never ate a meal together. All of the benefits that will be discussed are based on talking at the dinner table, not looking at or checking devices.

Let's Be Honest: The numbers are staggering and can be overwhelming for those who want to be on the cutting edge of technology. The stats on the home page for 42matters.com report a whopping 3 million available apps currently on the Google Play Store and 1.7 million on the iOS App Store (and it grows every day).

Where Are Those Friends When You Need Them: Loneliness is not confined to just one specific generation. The AARP reports in a recent study that nearly half of those age 62 and above reported being lonely to a certain degree. In newly released data, the U.K.’s National Society for the Prevention of Cruelty to Children says that in the past year, it counseled nearly 4,100 children and teens who grappled with loneliness. Some who needed help were as young as 6.

Stats Chat: Information sheet with some of the overwhelming stats of the dangers involved. Use this as a basic guideline, but remember that the stats change almost on a daily basis just as the industry does. Stay informed.

Social Butterflies–Suggested Reading List on Purity and more:  As our Girls Code indicates, we must teach them how to think on things that are true, noble, right, pure, lovely, and admirable (Phil. 4:8). These same values that Christians have been teaching over the past two centuries are the only way to keep girls safe when it comes to the world of technology. When you think about the images, the messages, the luring advertisements, it's easy to see that if you don't factor in purity, girls quickly become an endangered species in the world of social media. If you wait to address the issue of purity in middle school, you are more than likely too late. One of the seven habits of online integrity mentioned in Parenting the Internet Generation is to refresh your values in cyberspace. Teaching core values at home and in Girls' Ministries is a key component to keeping girls safe as they begin to navigate cyberspace and life in general. They learn to weigh everything against this girls code. This reading list focuses on purity and other important values. It is broken down into age groups including a list for adults and a couple of ideas for boys as well.

Social Butterflies Pinterest Board: I have created a board on Pinterest with links to resources that I believe would be helpful as you work with your girls and parents in this awareness emphasis. There are statistics, information, and links to downloadable booklets, PowerPoints, and other bits of help. Be aware that some of these sights might not have a Christian perspective. And as always, make sure to view anything out of the eyesight of children and then determine its age-appropriateness.

Kids Apps: Finding the Right Balance: Like it or not, technology and kids are synonymous. We, as parents and leaders, must know how to combat the challenges of technology AND how to benefit from it as we teach our children. We must learn how to use media to enhance our positive message whether it’s about serving God or learning life skills. We must do this while undergoing a self-evaluation. What are we modeling?

Apps for Parents:  A report (12-1-16) on NBC’s Today show, highlighted three apps that parents can use to monitor their children’s activities. While these are designed more for the older child, it can be beneficial for any age. If your child has a phone, even if it’s limited access, you need some control factors built in. Click here for the link to the three apps reviewed on the Rossen Report that day. Since we can’t be sure how long that video and information will stay up, here are the highlights of each app, including a direct link to the respective website. Check them out for yourself and determine if the app and price are right for you.

Privacy and Locator Tracking: Learn how to control the things you can control on your devices that keep your personal information out of the hands of predators and stalkers. Location services is one of those and is discussed in this document. Know how to turn off those features in each of your devices and do it! Resist the temptation to select the location button when you post to Facebook, especially when children are involved.

Cyberbullying and Teen Suicide: Social media has created bullying scenarios that never go away! The taunts are constantly at the fingertips of any child allowed free access to their devices. Bullying has become a 24/7 evil lurking in cyberspace. This document outlines the most common types of bullying and offers insight into the growing connection between cyberbullying and teen suicide.

Digital Dementia: The term Digital Dementia was first coined by top German neuroscientist Manfred Spitzer in his 2012 book of the same name. He used the term to describe how overuse of digital technology results in the breakdown of cognitive abilities. It actually mimics symptoms of those who have suffered a head injury or psychiatric illness. In a nutshell, use of technology stimulates the left side of the brain and causes the right side to be underdeveloped and to even atrophy. There is also an addictive element being researched, especially for gamers. This document offers facts, way to counteract the phenomenon, and links to articles with more information.

Vault Apps: The word vault has a variety of meanings, but one of those clearly defines it as a place of hiding. Whether it’s a bank vault for protecting gold or currency, a metal gun safe, or an underground secret passageway, a vault is intended to keep things out of sight. But what does that have to do with social media and our devices you might ask? Unfortunately, and as you most likely know, the phone has opened up a new world of things like pornography and sexting. When users are sucked into this world, they begin searching for ways to hide the evidence so to speak. According to a 2015 article in the New York Times, vault apps began to appear when Snapchat gained popularity in 2012. Their purpose was to help users cover up the ugliness of the world they had discovered. They continue to grow in popularity. This lists several vault apps and what you can do to inform your students.