From the Ashes: The Prophetic Rebirth of a Church

The congregants at Light House Covenant thought their church was dying, but God had other plans.

The empty, crumbling building looked like a lost cause to the Pampa, Texas, community. The ceiling had caved in, the central heat and air no longer worked, and the moldy roof had collapsed in the foyer. Sound equipment, church chairs, and other equipment had been sold off. Insurance had been canceled. Thirty years prior, it had been prophesied that Light House Covenant would become a light in a spiritual darkness, but with the building in disrepair and only four members left, it seemed that prophecy would go unfulfilled. All the signs pointed to a dead church.

Pastor Mike Carlisle had been leading the congregation at Full Armor Biker Church in Amarillo, Texas, for two years when he learned of the little church in Pampa that was clinging to its last hope. He sensed the Lord wanted him to help this tiny flock. “It was a church without a leader,” he says. “We were told it was possibly a dead work, but we could give it a try. What I saw upon arrival was four people hoping life would return to their church and to their community.” 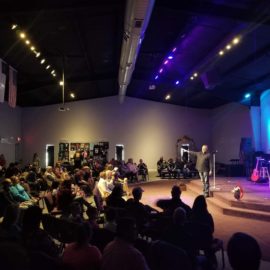 Pastor Mike and his wife followed the Holy Spirit’s leading and began driving an hour every Sunday, bringing with them a worship team and a conviction to speak life into a seemingly dead work. They did not come to lead, but to serve. God honored their obedience and change happened quickly. In August 2017 the church board asked Mike to step into the role of pastor, and in October the church changed its name from Light House Covenant to Full Armor Biker Fellowship. The small congregation, led by Pastor Mike, refocused itself as a missional outreach to the biker community in Pampa.

In what could only be God-ordained time, Bishop Beacham put forth the goals for Arise 2033 around the same time the church took on its new name. Pastor Mike knew the new focus from church to missional outreach was in perfect alignment with the IPHC’s vision of revitalization. He reached out to Pastor Josh Hannah, who leads the IPHC’s church revitalization training, and also connected with Pastor John Leggett, who had successfully taken his church in Wichita Falls, Texas, through revitalization. Together, they developed a revitalization strategy and set goals for church attendance. 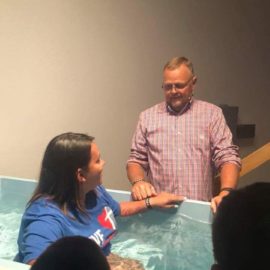 Within the first three months of revitalization, the church grew from four members to 45 in attendance, and they experienced almost 20 percent growth every month since then. The original one-year goal was to have 100 in attendance; the church surpassed that with 138 in attendance on the first Sunday in October 2018. Today, the church’s average weekly attendance is 119, with 48 salvations and 51 baptisms in the past year. Mike also continues to pastor Full Armor Biker Church in Amarillo, which meets on Sunday nights and averages between 60 and 80 in attendance. In addition to a thriving fellowship, the congregation has been able to undertake $50,000 in renovations without incurring debt. Man has planted and watered, but God has clearly given the increase. 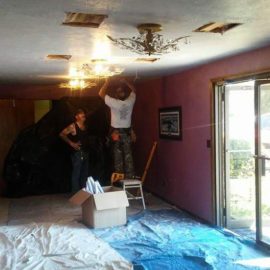 More importantly, the outreach is changing lives. Pastor Mike says Christian businesses are on the rise in town, and the community has welcomed the church with open arms. The church is open five days a week with various programs for the community, including Celebrate Recovery on Friday nights. “We are the church that everyone talks about (in a positive way)  even if they don’t attend they know who we are and where we are,” he says.

The prophecy that was given in the 1980s has indeed come to pass. Just 18 months after the dying church was on its last legs, Full Armor Biker Fellowship is thriving and shining a light in its community. Of course, numbers only tell part of the story. Pastor Mike emphasizes that each statistic represents a life changed, and that is what really counts. “The growth has been unreal but the changed lives, people set free from addictions, and restored to their families and the body of Christ has made it all worth it.”

Walking through the revitalization process with Full Armor Biker Fellowship has given Pastor Mike a firsthand understanding of the unique challenges and opportunities a pastor faces during a church’s rebirth. He emphasizes that catching the vision for Arise 2033 and following Compassion Church’s revitalization program have been vital to healthy church growth.

“Having the church open and inviting and making people feel wanted and cared for and following the systems is what has helped us grow,” he says. “This training is about bringing people to your church through waves, connections, and specific outreach events at specific times, and learning how to keep them connected all while using statistical data that is proven to grow churches. It is about the why – soul winning – but the how is equally important.”

He shares these key suggestions for pastors embarking on church revitalization:

-Remember to include those who were there before you got there and consider their feelings. If you change without including them you send a message that says, “God wasn’t doing anything here until I arrived.”

-God might have called you to ministry, but it means you must take the lowest role as servant of all.

-To serve as a shepherd means sometimes you have to carry the sheep.

-Help people find a way to serve as fast as you can.