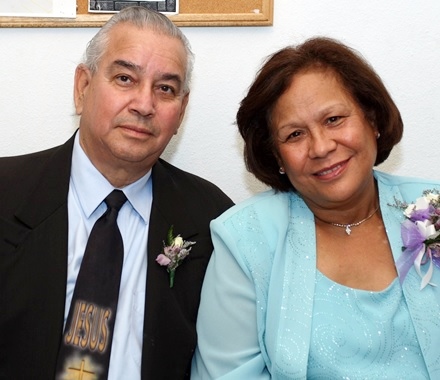 Rev. Daniel Blanco, a native of Brownsville, Texas, passed into his eternal home Monday, February 12, 2017, at the age of 71. Rev. Blanco lived his life to serve God and others. An ordained minister of the Texas Latin Conference of the International Pentecostal Holiness Church, he faithfully pastored several churches before being elected as the assistant superintendent in 1982. From 1986-1990 he served as the conference superintendent and on the IPHC General Board of Administration.

Rev. Blanco married Maria C. Salas on April 26, 1975. They had four children: Merari, Fe, Daniel, and Priscilla. He is survived by his wife Maria Blanco, four children and eight grandchildren. Furthermore, he took under his wing his nieces, nephews, and friends who called him “Dad” and “Grandpa.”

Funeral services will be held Thursday, February 16, 2016, at 2:00pm in Cashner Colonial Chapel in Conroe, Texas. Interment will follow in Garden Park Cemetery.