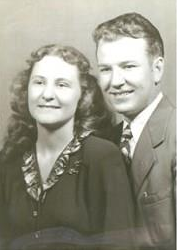 Rev. Sampier grew up in a Pentecostal Holiness Church in Clayton, New Mexico. He was one of the first students to enroll in Southwestern Bible College and was a member of the first graduating class. While in school, he met and married Ruth Sexton of Tarboro, North Carolina, in 1948.

As a young man, Sampier pastored the Pentecostal Holiness Church in Yukon, Oklahoma, for over six years and served at the First Church in Oklahoma City for ten years. During his tenure, both congregations experienced growth and erected new buildings.

Sampier also served the Department of Evangelism as a general evangelist, preaching at camp meetings and encouraging smaller conferences. In 1968 he was nominated by the General Executive Board as superintendent of the Colorado Conference, a position he held for 10 years. Sampier again served as conference superintendent from 1987-1994. While in Colorado, Rev. Sampier pastored several churches including Cherry Hills Church and Northglenn Church. The International Pentecostal Holiness Church is very thankful for Rev. Sampier’s life of dedication and service.

Services for Rev. Sampier will be held Saturday, March 25, 2017, at 11 a.m. and are under the direction of Olinger Crown Hill Mortuary, Cemetery and Arboretum.