Samuel Rodriguez Calls IPHC to ‘Rise Up and Walk’

Fiery Latino preacher Sammy Rodriguez told delegates at the IPHC’s 28th General Conference that they are standing on the verge of a great spiritual breakthrough—and he prophesied that God will do miracles when we least expect them.

“We are about to surprise the world again,” said Rodriguez, who leads the National Hispanic Leadership Conference as well as a church in Sacramento, California. 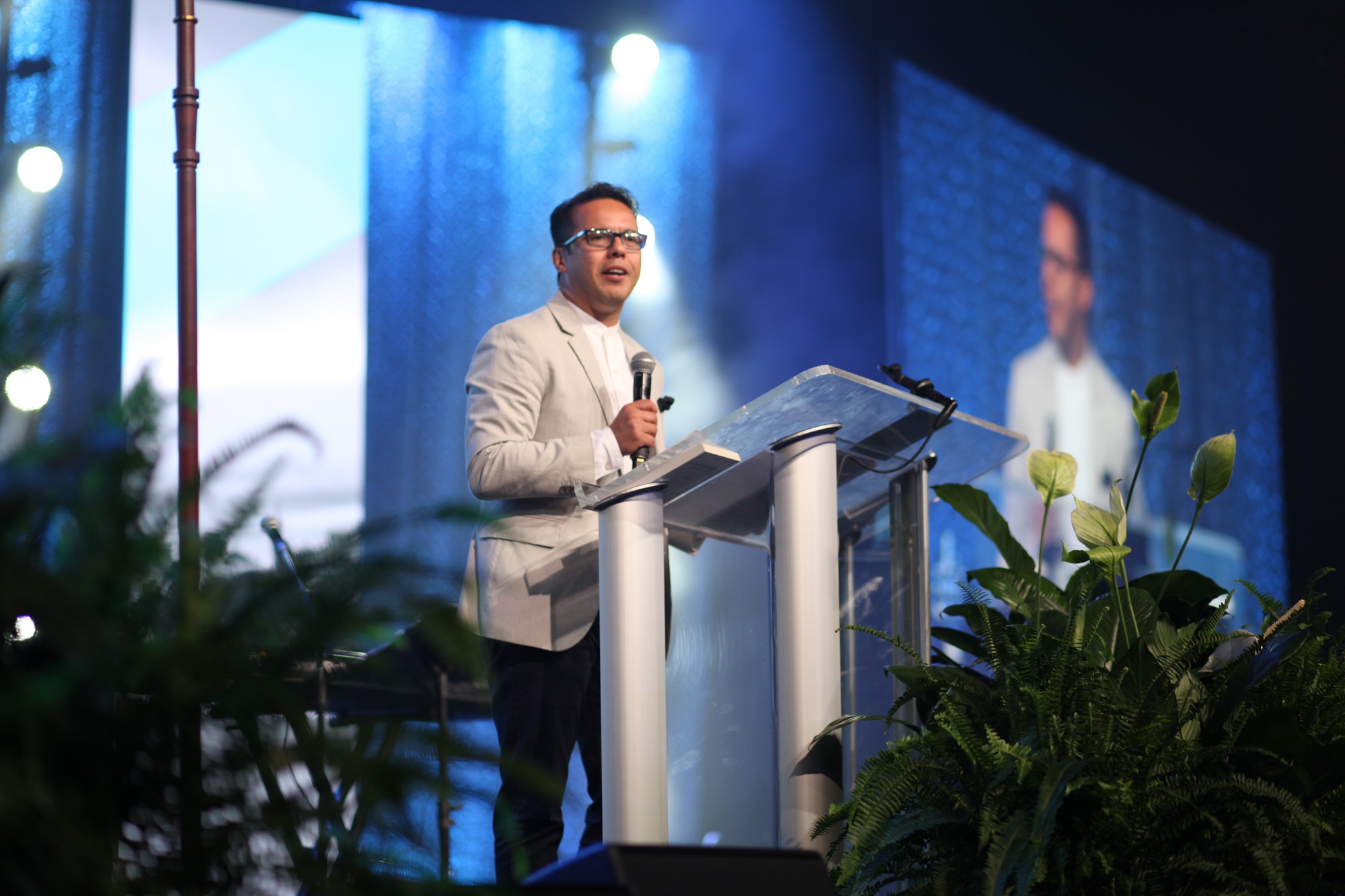 Speaking from the story of the paralytic in John 5, Rodriguez said we can sometimes become paralyzed by life’s circumstances and difficulties. He called IPHC members to step into the aisles and walk confidently into a future marked by spiritual revival.

Stepping into revival was a theme throughout the day. During a powerful morning session, Youth With a Mission leader John Dawson read a prophecy that he gave to IPHC leaders in 1991 at a gathering in Franklin Springs, Georgia. The word of encouragement stated that the IPHC is called to serve other denominational streams in the global church.

“You are a doorway to the nations,” Dawson said, reading the 26-year-old prophetic word. He also stated that the United States is currently in a season of destabilization—a time when “God shakes the idols.”

Church growth expert Ed Stetzer also addressed the General Conference about how to boldly and effectively reach our culture with the gospel. Stetzer also announced that, in spite of claims that evangelical churches are shrinking in the United States, research proves the opposite.

“Evangelicalism is not exactly thriving, but it has grown in the past seven years,” Stetzer said, citing statistics from reputable polling firms like Pew Trust and Gallup.

“Statistically the church in America is not dying,” he added. 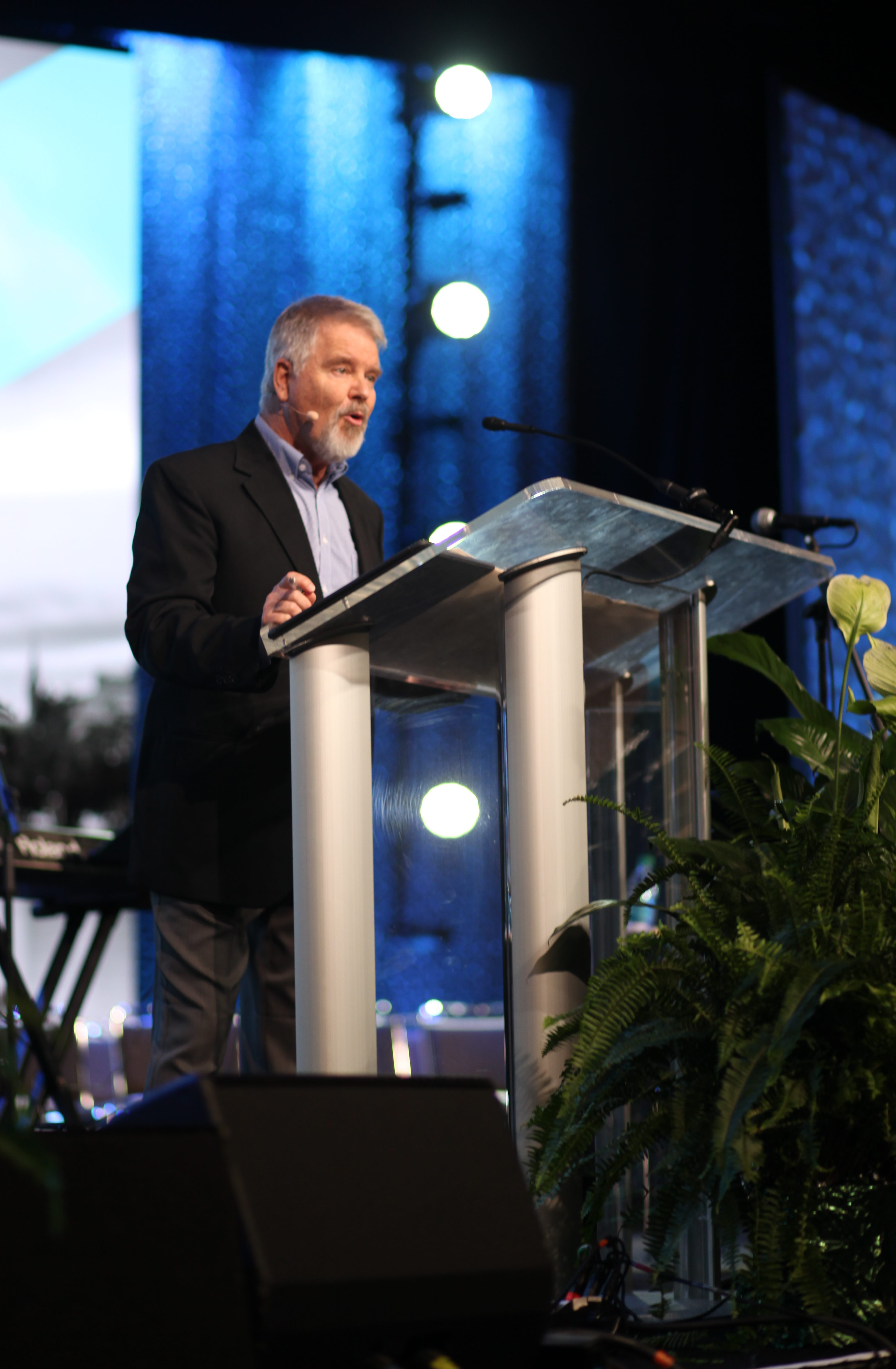 Stetzer warned that much of the negative, alarmist information quoted by Christians about the demise of Christianity in the United States is incorrect. He claims that one in eight Americans is a regular, church-attending evangelical. Stetzer also cited studies that showed that planting new churches is the best way to reach people who may consider themselves Christian but have no real relationship with God.

“We need an IPHC that captures the fervour of church-planting,” Stetzer added.

Stetzer confirmed that mainline churches are in serious decline. Yet he added:

“While mainline denominations are shrinking, most evangelical groups are growing.”

What do we do in this season of crisis? We must sacrifice our lives for the gospel and look for mission opportunities in an increasingly secular society, Stetzer said. “The church has not collapsed. The mission field has changed. It is time for the mission force to engage.”

History was also made on July 27 when more than 50 IPHC women met for the first official gathering of credentialed women clergy. The group included women senior pastors as well as women who serve on conference boards. The women discussed the unique challenges they face—including how to work graciously with men who don’t feel comfortable working with women.

During Thursday’s evening service, a special announcement was made about the upcoming Global Assembly to be held in Santiago, Chile, in February of 2019. Rev. Eduardo Duran, bishop of the First Methodist Pentecostal Church of Chile, invited all delegates to visit his massive church—which has been in a unique partnership with the IPHC for 50 years.