In a dramatic prophetic act, pastors and leaders prayed for miraculous expansion 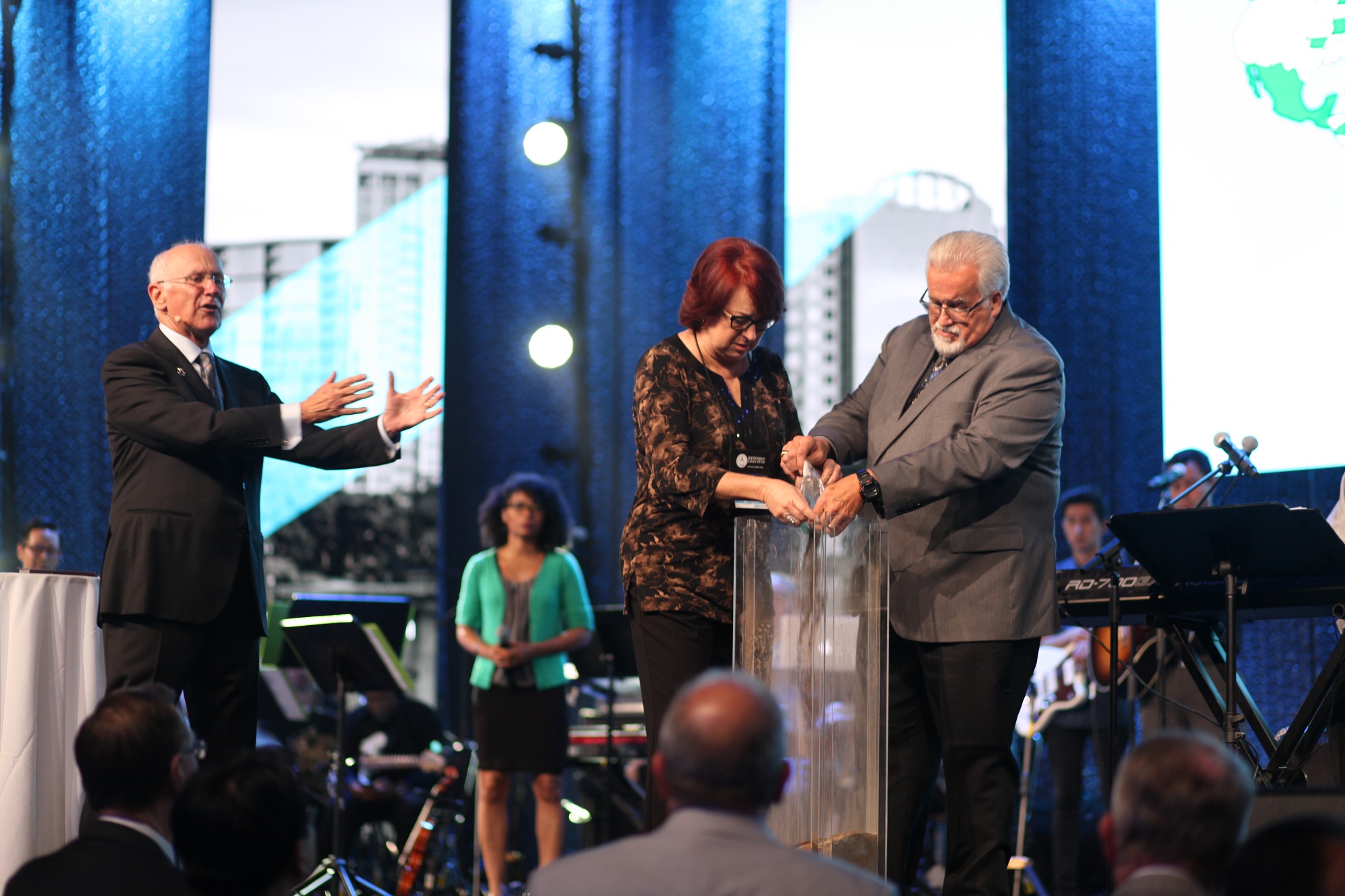 Delegates who attended the third day of the IPHC’s 28th General Conference will never forget what happened at the close of the evening service. In a dramatically visual prophetic act, missionaries, foreign delegates and conference superintendents came onto the auditorium’s stage and poured soil into a large plexiglass container.

The soil came from places as diverse as Pakistan, Congo, Mexico and Germany. Sandy soil from Arizona was mixed with volcanic soil from Hawaii. There was dirt from Tanzania, Haiti, Romania and Nicaragua. There was even soil from Falcon, North Carolina—where the IPHC began—as well as dirt from Turkey, where today 99 percent of its population is Muslim.

There was soil from Israel. And a Palestinian pastor invited a Messianic Jewish believer in Jesus to place soil in the container from the Palestinian territories.

“God is calling us to fruitfulness,” said Beacham, in a sermon based on Jesus’ parable of the soils in Matthew 13.

“Jesus knew there are times that we sow in tears, but we have an assurance there will be reaping with joy,” Beacham proclaimed. “In spite of the tears, we nonetheless go forth with seed for sowing.” 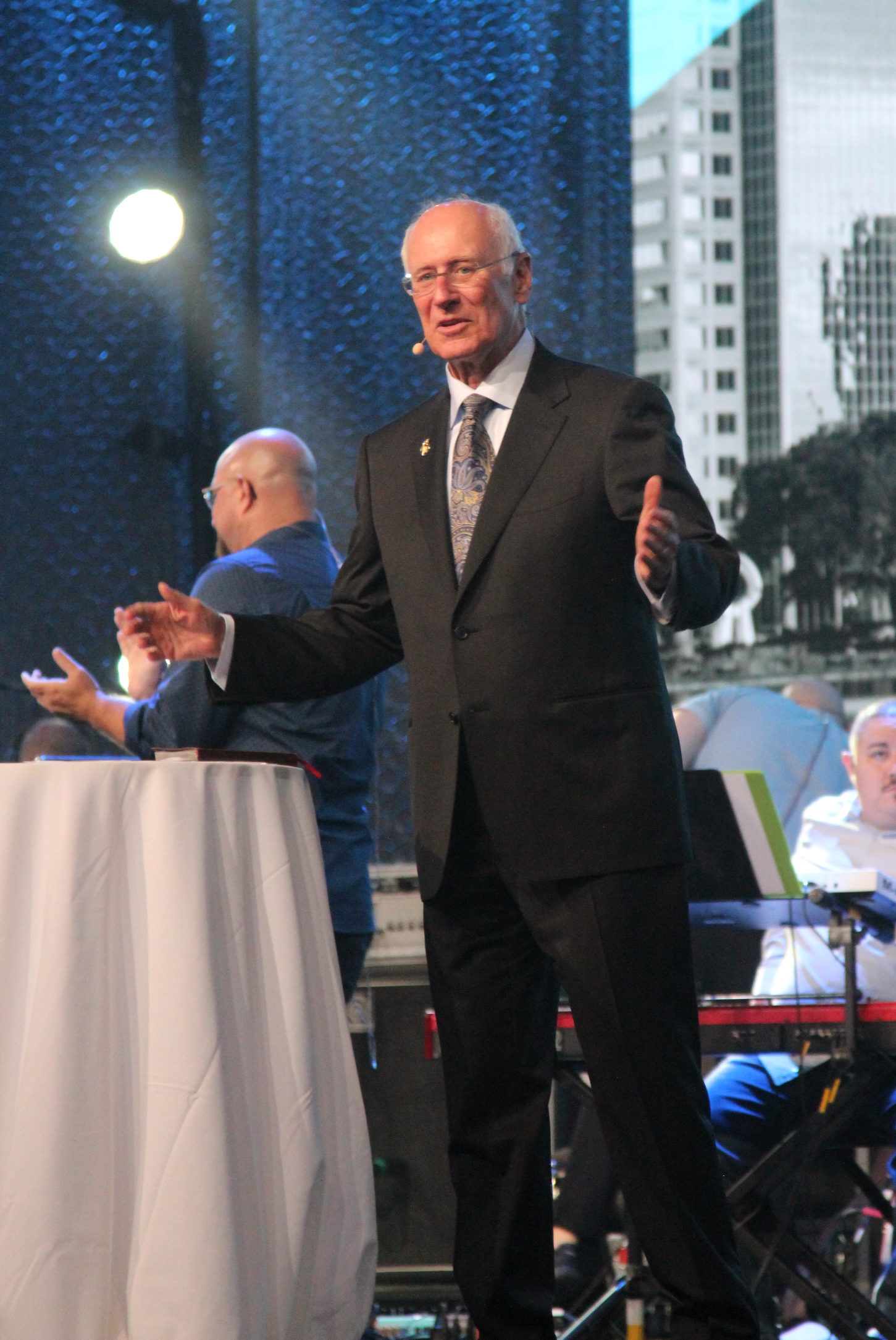 During his sermon, Beacham cast an ambitious vision for the future of the IPHC. He showed maps of the United States, noting that many of the nation’s population centers don’t have an IPHC church.

Months prior to the quadrennial convention, Beacham had instructed delegates to bring small packets of soil from their respective states and nations to the General Conference. At the close of his sermon at this year’s event, Beacham challenged the IPHC to expand its global influence by planting hundreds of new churches.

The container of dirt was meant to represent the new territory God is calling the IPHC to claim for Christ.

After Beacham noted that Rhode Island and Wyoming are the only two states in the U.S. that have no IPHC church, newly elected Evangelism USA executive director Garry Bryant poured soil from those states into the container.

“We now have a Bible study meeting in Wyoming,” Beacham pointed out. “I believe somebody is being called right now to go to Rhode Island.”

One of the IPHC’s first female conference bishops, Wallapa Wisawasukmongchol of Thailand, placed soil from her country in the container. And delegates from Ukraine dumped dirt they had collected from all 28 districts of their country.

“Christians around the globe are beginning to prepare to celebrate the 2000th anniversary of Jesus’ death and resurrection,” Beacham said. “If the Lord tarries, those celebrations will be remembered in the time frame of 2030-2033. That is barely 15 years from now. That timeline gives us a unique opportunity to focus on what Jesus is calling the IPHC to be.”

Earlier in the evening, in a solemn ceremony, previous General Superintendent James Leggett commissioned Beacham to serve as bishop of the IPHC. And the Council of Bishops also honored Rev. Chris Thompson and his wife, Betty, for their tireless service to the denomination.

Prior to Beacham’s visionary sermon, the choir from Winner’s Church in West Palm Beach, Florida, performed three rousing songs. Their presence reminded delegates that the IPHC is growing in racial diversity as it grows in faith and spiritual impact.

NOTE: You may download the slides from Bishop Beacham’s presentation here.