“James Leggett led the IPHC into the twenty-first century with great wisdom, personal character, and a vision to reach the world. He was not only our denominational leader, he was an outstanding leader in the global Pentecostal movement and beyond. Through the National Association of Evangelicals, Christian Churches Together and the Global Christian Forum, James Leggett spoke with clarity and grace to the body of Christ across the wide spectrum of Christian thought and expression. Susan and I are grateful for the love and friendship of the entire Leggett family to us and to the world-wide IPHC family.”

Bishop Leggett served the Lord and the IPHC faithfully and with honor. A memorial service for Bishop Leggett is under the direction of Skinner and Smith Funeral Home and will be held on Tuesday, February 13, 2018, at 2:00 p.m. at the J. Culbreth Memorial Auditorium in Falcon, North Carolina. The family will greet visitors from 11:30 a.m – 1:45 p.m. and interment will be at the Falcon Cemetery. In lieu of flowers, contributions may be sent to Holmes Bible College, 4901 Old Buncombe Road, Greenville, SC 29617. Out of town guests may secure hotel accommodations at the Hampton Inn or Fairfield Inn in Dunn, North Carolina.

UPDATE: Bishop James Leggett’s Memorial Service will be broadcast via Livestream on Tuesday, February 13, 2018, at 2:00 pm EST. An archive of the full service is also available online. 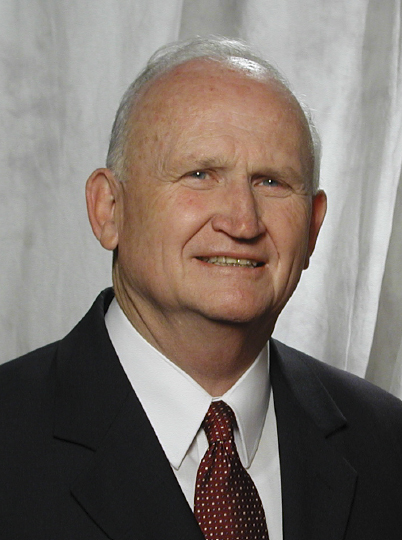 Not many people have the distinction of moving from student to teacher to president of their alma mater. But that is precisely the story of James D. Leggett, with much living and leading between.

James Daniel Leggett was born in Williamston, North Carolina, on October 21, 1939. He was one of eight children born to James S. and Hazel W. Leggett. The Leggetts were members of the Bethany Pentecostal Holiness Church in Williamston. James was born again in 1954 in his home church and he knew without a doubt that God had a call on his life.

During James’s high school and college years, he attended Holmes Academy and College of the Bible in Greenville, South Carolina. He continued his education at the University of North Carolina at Pembroke, where he earned a B.A. in history.

As a high school student at Holmes, James met and fell in love with another student, Clara Faye Watts, a pretty girl from Virginia. They dated for five years before exchanging marriage vows on June 25, 1961, in the First PH Church, Norfolk, Virginia. She was 19 and he was 21 at the time.

The newlyweds returned to Greenville and to their alma mater; this time, however, the mission was for James to teach at the school. He spent a year as a member of the Holmes faculty before assuming his first pastorate—Swan Quarter Pentecostal Holiness Church (Pinetown, NC). He pastored two more congregations, Mount Olive (Pembroke, NC), 1964-70, and Culbreth Memorial (Falcon, NC), 1970-1986, before being elected superintendent of the North Carolina Conference.

James had served as conference superintendent for only three years when the delegates at the 1989 General Conference elected him to the General Executive Board as executive director of Evangelism and chairman of the Extension Loan Fund, which grew from $3 million to $12 million under his leadership. In 1993, he was re-elected to head the Department of Evangelism, which had become known as Evangelism USA (EVUSA). He was also chosen as vice chairman of the denomination.

For seven years, Bishop Leggett applied his skill and knowledge as both a wordsmith and theologian to writing Sunday School curriculum for Advocate Press (now LifeSprings Resources). During his tenure as general superintendent, he served as editor of the denominational magazines, IssacharFile, and Experience. He also compiled and edited the book, Preaching to Connect,[ii] an anthology of sermons and practical insights by several well-known pastors and educators.

When Leggett left the office of General Superintendent in 2009, he returned to Greenville, South Carolina, and the school that held so many memories for him and Faye. He accepted the challenge as head of Holmes Bible College. While serving as the school’s sixth president, he revitalized the institution and strengthened its ties with the International Pentecostal Holiness Church. He worked diligently to fortify the school’s financial base while overseeing the construction of a lovely new campus, including a new building for the Holmes Memorial Church, which he pastored. By the time he retired in August 2017, the primary campus was debt-free.

James Leggett said his life motto was to “realize God’s full potential.” He based that goal on Philippians 1:6: “[I am] confident of this very thing, that he which hath begun a good work in [me] will perform it until the day of Jesus Christ” (KJV).

In a sense, James Leggett’s adult life led him full circle—student, teacher, preacher, pastor, writer, presiding bishop, college president—and always ministering and leading with a positive outlook toward the future. The thousands who have heard him preach will no doubt recall his declaring, “The best is yet to come!”

The International Pentecostal Holiness Church has received additional tributes to Bishop Leggett from the following individuals: