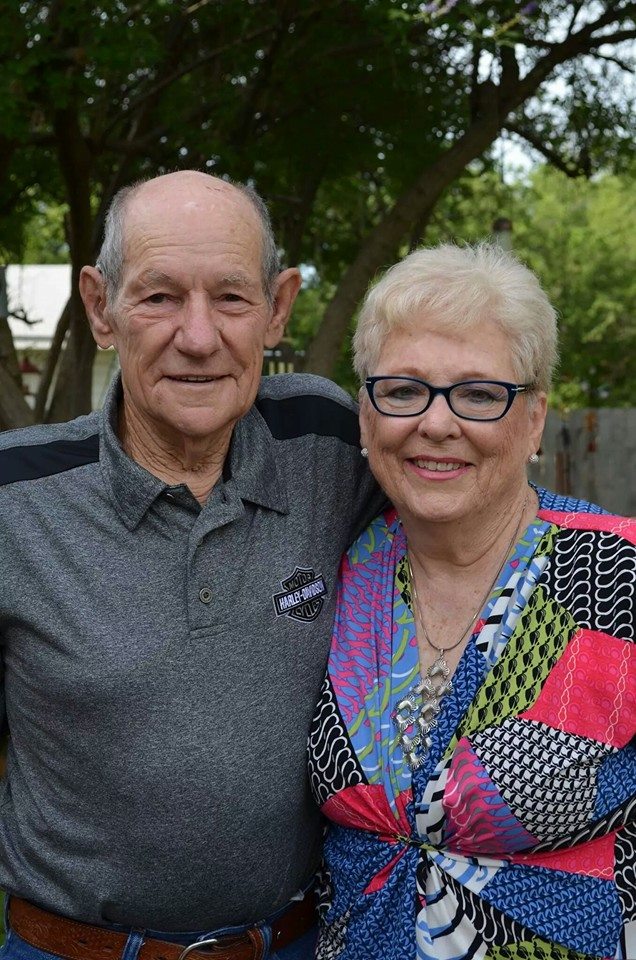 Reverend Lloyd and his wife Freda

Lloyd went into the United States Army and served as a nurse on a Navy ship between World War II and the Korean War. Upon discharge, his greatest desire was to become a doctor, but God had other plans for his life.

Since Lloyd was a skilled figure skater, it was only natural that he would meet his life partner at a skating rink. And that is exactly where he first saw Freda Salyer. He admits that he fell in love with Freda immediately and wanted to marry her “that night.” They were married two weeks later on December 9, 1950, in the Baptist Church in Sterling, Oklahoma.

Lloyd’s story is different from many Pentecostal ministers today. Neither he nor Freda was reared by church-going parents. However, Freda’s mom did send her to the Assemblies of God Church in Cement, Oklahoma, with her Aunt Alpha. She attended regularly until she “got involved with young people outside the church.”

Sometime after they were married, Freda surrendered her life to Christ in the Pentecostal Holiness Church in Cement, Oklahoma. Lloyd was saved at the Baptist Church in Sterling. After witnessing the dramatic transformation in Freda’s life, Lloyd was sanctified and filled with the Holy Spirit. “I want what you have,” he told his wife. Freda was called into ministry ahead of Lloyd, but soon the Lord dealt with him as well about becoming a preacher of the gospel.

One thing that might have hindered Lloyd in his calling was the speech impediment of stuttering. He was able to overcome this obstacle and preach with clarity and anointing. Using his innate talent as a builder, Lloyd completed construction projects in nearly every church he pastored.

During their years of active ministry, the Burds shepherded churches in Elgin, Oklahoma (which was a new church plant in a portable tabernacle), Cement, Oklahoma, Norman, Oklahoma, Derby, Kansas, and Amarillo, Texas.

In addition to co-pastoring during their first assignments, Lloyd and Freda also attended Southwestern Bible College, preparing themselves for their future in service to God. While in college, Lloyd felt led to quit his job at a refinery in Cyril, Oklahoma, sell all their properties to the highest bidder (this included four houses), and commit everything to the Lord. Though they hit some rough spots in the years that followed, God always provided, often in miraculous ways.

Lloyd was pastoring Christian Heritage Church in Amarillo, Texas, when he was elected as Superintendent of the Great Plains Conference of the International Pentecostal Holiness Church (IPHC). He led the conference for nine years. During his tenure as bishop, Lloyd served on the IPHC General Board of Administration and as a member of the Chaplains Board.

Presiding Bishop Doug Beacham expressed appreciation for Brother Lloyd’s service to the kingdom of God and the International Pentecostal Holiness Church. “Rev. Burd’s faithfulness to the Lord has produced fruit that remains as his children continue to serve Christ and impact the world,” he said. “In particular, his son, the Rev. Gary Burd, like his father, served as a pastor and Conference Superintendent. He continues to influence the IPHC in ministries of mercy.”

Lloyd Burd was predeceased by his parents and nine of his ten siblings. He is survived by his wife Freda; his three children: Gary (Carolyn) of Arlington, Texas; Keith (Renee) of Amarillo, Texas; and Larinda Sutton (Garry) of Cyril, Oklahoma; nine grandchildren; sixteen great-grandchildren; and two great-great grandchildren; and his youngest brother, Jim Burd.

His children, to the fourth generation, share a rich legacy of faithful service to God.