Grace and peace in the precious name of Jesus the Messiah of Israel, Savior, and Lord of all.

Many of the eight billion souls on this planet live in a state of constant fear due to poverty, war, emotional and relational distress. Even those with economic stability live fearful of income loss due to inflation and market disruptions. One third of the world population is considered Christian and we are called to be salt and light in this sin and fear plagued world.

For a few paragraphs, I want to address some ways that I believe we are called to live in this present age. We are a holy counterculture, a kingdom of God culture, living in and among the cultures of our environs.

First, I remind us that Isaiah 54:2, 3 has often been the Lord’s word to our movement from our earliest years. Since 2013, that passage has spoken to us over and over, reminding us that we are A Place of Hope and A People of Promise.

Second, since 2017 and the Arise 2033 initiative, the IPHC has sought to fulfill the Great Commission (Matthew 28:16-20) and the Great Commandment (Matthew 22:36-40). Arise 2033 is the IPHC initiative to expand across the USA and around the globe as we come to the year 2033. Many Christian denominations and movements have marked the year 2033 as a time to commemorate the 2000th anniversary of the death, resurrection, ascension of Jesus Christ, and the sending of the Holy Spirit at Pentecost. The goals of Arise 2033 can be found at https://iphc.org/arise/.

Third, for nearly three years, the IPHC has been on a journey of growing as praying disciples. Arise in Prayer focuses on local congregations becoming Houses of Prayer impacting their surroundings by praying the Word of God. There are three things we can do together in these opening days of 2023: 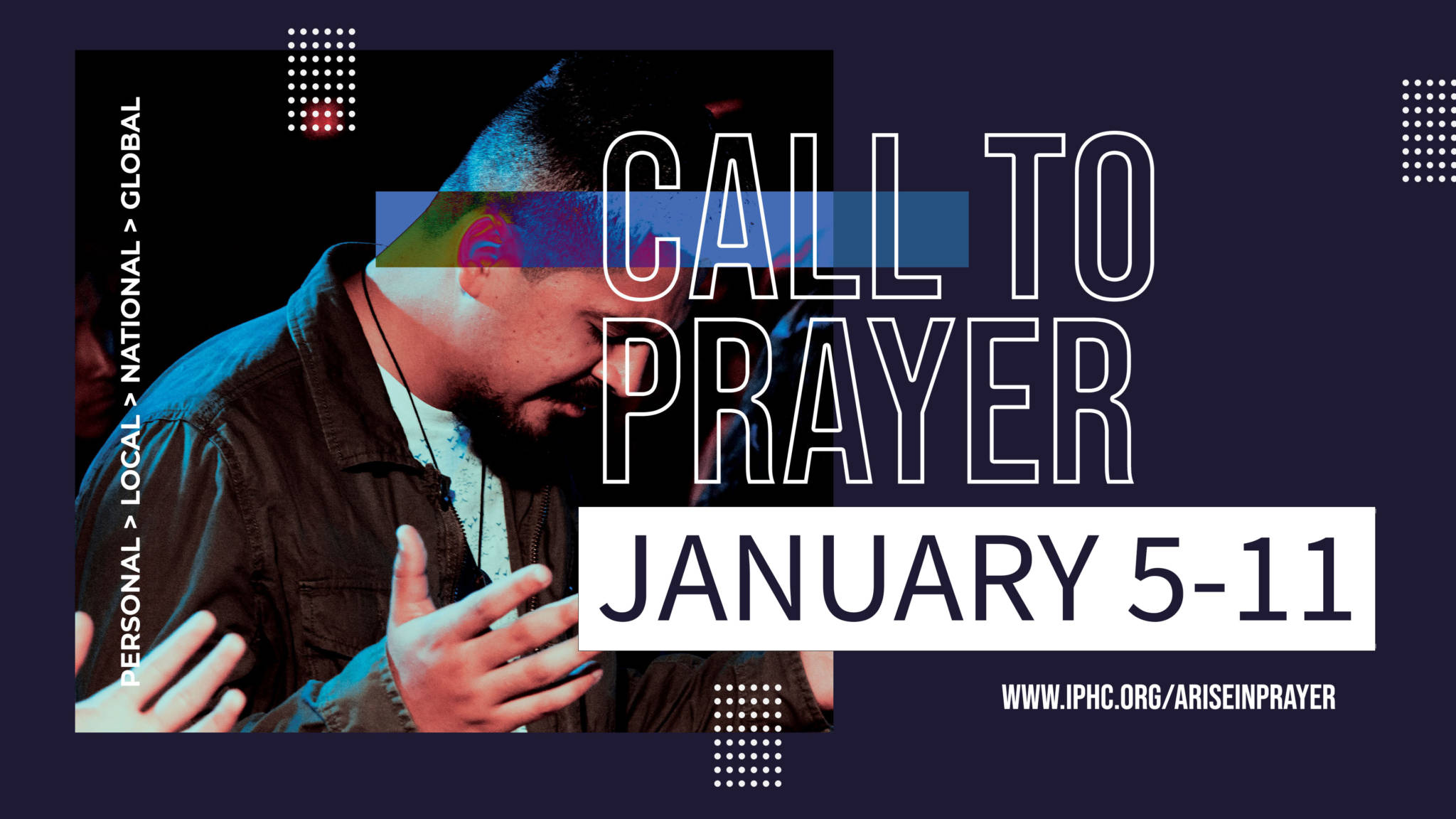 Fourth, the three paragraphs above are all part of what it means for us, personally and corporately, to be witnesses to the grace of God in Jesus Christ. I am praying for a move of the Holy Spirit that will empower and equip us to effectively share the Good News of Jesus as the disciples did on the Day of Pentecost (Acts 2). We need the power of the Holy Spirit to reorder our time and priorities so that we are personally discipled, and we can effectively disciple others.

Fifth, there are many nations facing indescribable poverty, war, and problems of corruption. We have opportunities to help through prayer and giving. In particular, the war in Ukraine continues with a deliberate strategy to destroy the infrastructure during a bitterly cold winter. I encourage you to read about this and help the IPHC Ukrainian Church as it helps its nation (https://iphc.org/missions/update-from-ukraine/).

Sixth, for the IPHC in the United States and other western nations, there are a number of issues that must be addressed: 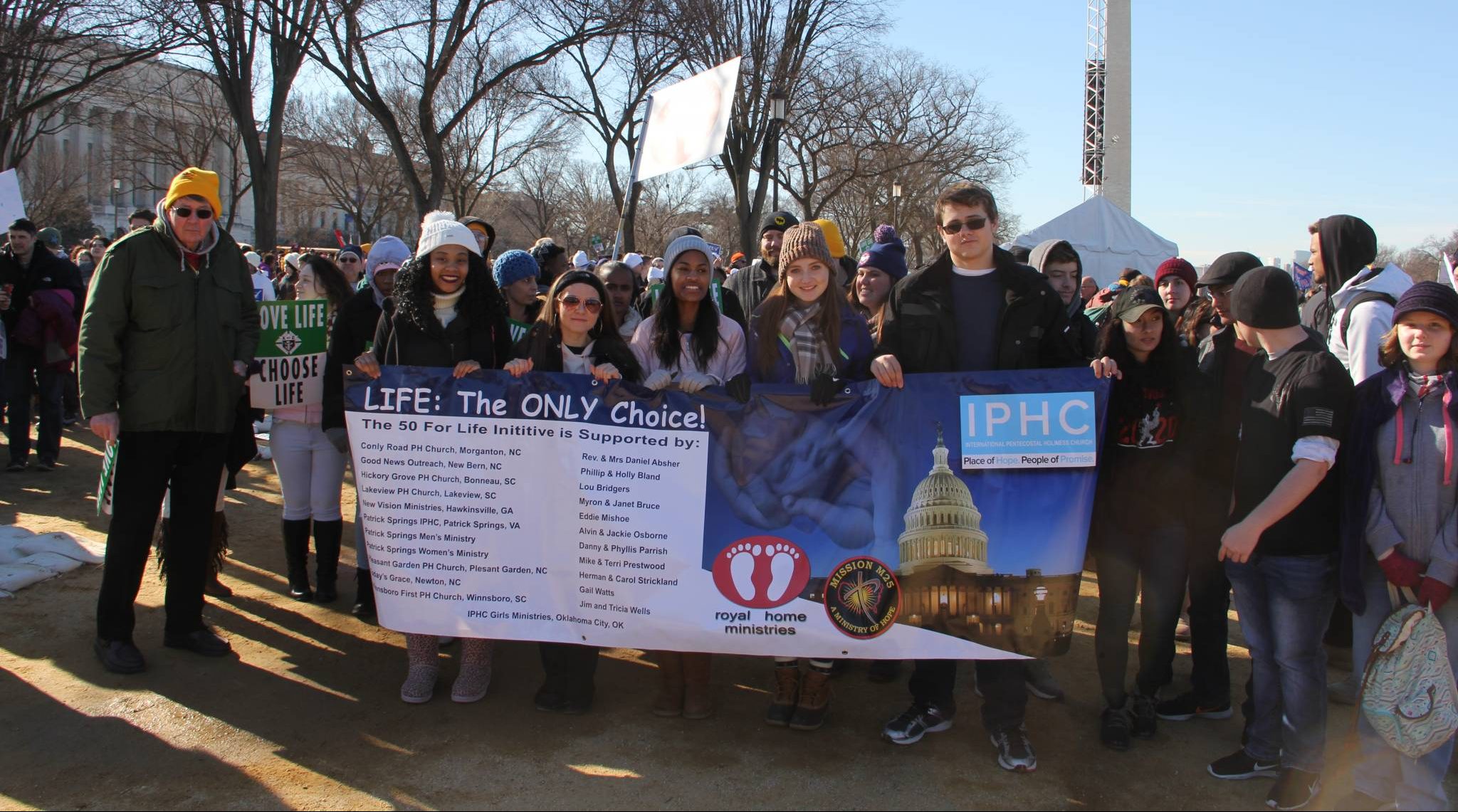 Seventh, we must remember many issues that are pertinent for us as a global denomination confessing the Lordship of Jesus Christ: poverty, racism, how to live as citizens of the kingdom of God within the nation of our citizenship, and many others. We must recognize that much of the world is impacted by philosophies and practices promoted through western media to the world. As Christians in the West, we must resist the moral confusion that dominates Western politics, economics, and media. We resist as Spirit-filled and Spirit-led holiness people:

Therefore, beloved in the Lord, let us join our hearts to live and love as Christ taught us. Let our homes and congregations truly be Places of Hope. Let our personal and corporate lives be guided as People of Promise, standing on the promises of God. And above all, let us be faithful to Jesus Christ until He returns. In the Name of the Father, the Son, and the Holy Spirit. Amen.