How Africa’s Women Are Breaking Free from Abuse

In Iringa, Tanzania, where I spent a week in August, most women have never heard of the #MeToo movement. Many women there are illiterate because school isn’t considered necessary for girls. And women who can read don’t spend much time on social media following reports about famous American movie stars who were abused by Hollywood producers.

But Africa is ripe for its own version of #MeToo. So many of the women I met in Tanzania, and in the neighboring country of Malawi, shared painful stories of abuse, harassment, rape and forced marriage.

For the first time, some of them are willing to speak about it publicly.

One brave woman told her story in a conference last weekend at Bethel Life Church, an IPHC congregation in Iringa. She shared how a married man more than twice her age began harassing her. He dangled promises of money to tempt her. She felt intimidated because he held an important position in the government, so she reluctantly gave into his advances.

When she found out she was pregnant, he refused to admit the baby was his—and he took no financial responsibility. The man is an elder in another local congregation in Iringa.

During my time in Tanzania, and in neighboring Malawi, I met so many women with similar stories. One girl went to the Tanzanian island of Zanzibar to work in a hotel. But her dreams of a better life were shattered when her employer raped her. She got pregnant and had her baby at age 15.

Several other women told me they were raped as young as 14, and now they care for their children with no help from the men who took advantage of them.

A woman from Mbeya, in the south of Tanzania, told me how her husband—and the father of her two daughters—abandoned her and then sold their house without her knowledge. A woman from Arusha, in northern Tanzania, pleaded with me to help the women from the nomadic Masai tribe. She said parents are selling their young daughters to older Masai men just to get the dowry payments.

In Malawi, where IPHC Bishop Tony Mkamanga and his wife, Charity, are building churches, women have similar stories of rape, abuse, and forced marriage. During my visit there in August I learned of one young teenage girl who was tempted to go into prostitution to collect school fees. Her pimps would have enslaved her if her pastor had not intervened.

I hear these stories everywhere I go in Africa, where the abuse of women has many forms: domestic violence, the cruel treatment of widows, forced prostitution, rape by soldiers, the degradation of polygamy, the sexual abuse of housemaids or the horrific practice of female genital mutilation.

At one point during our conference in Tanzania, dozens of women streamed to the front of the auditorium to receive prayer for abuse or abandonment. Two of the women began to scream and writhe on the floor, obviously tormented by demons. IPHC leader Berrings Mlambya, who serves as bishop of Tanzania, said both women had experienced traumatic sexual abuse, and the man who abused the second woman was deeply involved in witchcraft.

“The majority of women here have been abused, and this often opens them up to demonic problems,” Mlambya said. “Yet few pastors here are prepared to deal with this problem because they are so bound by African traditions. Our culture has told women that they must stay in their place.”

Pastor Mlambya, who moved to Iringa from the city of Mbeya in 2014, has opened a shelter to care for abused and abandoned women. He provides a room, meals and basic job training for 11 single mothers. He also plans to instruct IPHC pastors in how to confront cultural traditions that oppress women.

“If God does not help us, the change will be difficult,” Mlambya said.

Africa should be ground zero for the #MeToo movement, but women here don’t have the platform to speak out like women in Western nations. Abuse is rampant but African women are expected to protect the status quo. So they suffer quietly. While abuse is discussed openly in the United States, Africa’s crisis remains hidden behind a smokescreen of shame and cultural taboos.

Yet I’m encouraged because I see God breaking through the darkness. In our women’s conference in Tanzania last month, male pastors from several churches gathered on the platform and knelt in front of the women. Before anyone could say anything, the women begin to wail. They had never seen men humble themselves and apologize for anything, especially sexual abuse.

As Pastor Mlambya prayed in Swahili, repenting on behalf of the husbands, fathers, uncles, boyfriends, and bosses who abused these women, a wave of healing flowed through the church.

I expect this miracle to be repeated all across the African continent in my lifetime. It is a blessing to see the IPHC positioned to bring this healing on a huge scale. As the Holy Spirit brings His freedom, the silence will be broken, and women who have been shrouded in shame will finally make their voices heard.

This article was published in the October 2018 issue of Encourage. 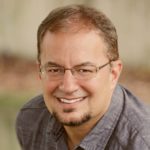 LEE GRADY is an ordained IPHC minister who also serves as the executive editor for Encourage magazine. Lee directs The Mordecai Project, an international outreach focused on confronting gender-based violence. For 18 years he served as an editor with Charisma magazine, and he is the author of several books including the newly released Set My Heart on Fire, a Bible study on the Holy Spirit. He and his wife, Deborah, live in LaGrange, Georgia.