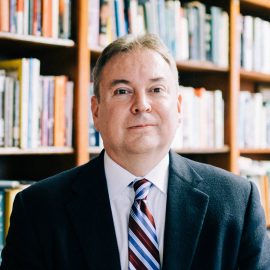 The International Pentecostal Holiness (IPH) Foundation is pleased to welcome Mr. Scott Joyner as its executive director. Since 2001, the IPH Foundation has offered financial services to International Pentecostal Holiness churches, ministry centers, missions, evangelism, discipleship, as well as the related ministries, institutions, and their staff. Joyner’s goal, he says, will be to see the Foundation serve people who want to help sustain the worldwide mission of the church.

Mr. Joyner grew up in a family of ministers, and he parlayed an early knack for building relationships into a successful career as a fundraiser for higher education institutions. In the last 7 years at Newberry College, where he was Vice President for Institutional Advancement, Mr. Joyner spearheaded several multi-million dollar campaigns for capital improvements and a new Center for Teacher Education. Along the way, he built a professional advancement office to support the college’s annual and long-term fundraising efforts.

But Mr. Joyner began to think about a change. “I love to meet people,” he says, “hear their story, and find a way to make their gift impactful.” Now he wants those gifts to make an impact on the health and future of the church.

“I am grateful that the Holy Spirit has led Mr. Scott Joyner to lead the IPH Foundation,” says IPHC General Superintendent Dr. Doug Beacham. “His vast experience will enable the IPHC to prepare financially for the future the Lord has for us. Our laity and congregations will discover a wide array of ways their resources can be used effectively for Christ’s kingdom.”

Continuing to work from the East Coast, Mr. Joyner will first seek to meet people and build relationships. In addition to one-on-one meetings, he will be visiting many of the IPHC’s annual conferences across the United States. Listening and learning from IPHC leaders will be his first priority, but he also hopes to make the case for the IPH Foundation clearer than ever.

Joyner believes the Foundation is poised for growth. “I believe there is great potential to build support within the IPHC,” he says. “The church needs a strong financial foundation that directly supports its efforts in Discipleship, Evangelism USA, and World Missions. The IPH Foundation can help connect local donors to IPHC efforts around the world—but also in their own backyards.”

Additional information about the Foundation’s services will be available soon, but to learn more, or to make an appointment, email Mr. Joyner at sjoyner@iphc.org.